Luckett (Ballers, Greenleaf) will play Kenya, LaVerne "Jukebox" Ganner's (Hailey Kilgore) mother and Marvin Thomas' (London Brown) ex. Upon her return to New York, she settles in Harlem where church is a big part of her life.

Dorsey (Queen Sugar) will portray Cartier "Duns" Fareed, a handsome, charismatic and confident character who is always dressed to kill. He has a vision for business, expanding into less crowded markets like Washington, D.C., and Baltimore.

Brown (Hamilton) will play Renée Timmons, Marvin's (Brown) anger management therapist. Renée can hold her own, especially with the people who attend her class and need help working through their issues.

Singer (Gotham, Orange is the New Black) will portray Zisa, a beautiful up-and-coming singer hoping to make a name for herself with Lou-Lou Thomas (Malcolm Mays) and Crown Camacho's (Quincy Brown) label.

Power Book III: Raising Kanan is a spinoff of Power, which aired on Starz from 2014 to 2020. The series is a prequel to Power that explores how Kanan Stark, played by Jackson on Power and Curtis in Power Book III, got in the drug game.

Emily VanCamp leaves 'The Resident' after 4 seasons Camila Cabello on early romance with Shawn Mendes: 'I was completely in love with him' 'Being James Bond': Daniel Craig reflects in trailer for new special What to watch next: Sign up for UPI's Streaming newsletter 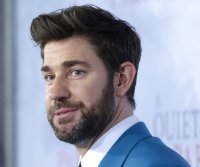