The network confirmed Tuesday that the satire comedy-drama series was renewed for Season 2.

Season 1 takes place at an exclusive resort in Hawaii. The series follows the resort's staff and guests as "a darker complexity emerges" in the people and their idyllic surroundings.

Season 2 will follow a new group of vacationers as they travel to another White Lotus property and settle in temporarily amongst its inhabitants.

"Mike has once again delivered a quintessential HBO show, and it's the talk of the town," HBO programming EVP Francesca Orsi said. "We were thrilled to hear where he wanted to go next, after closing this epic chapter in Hawaii, and can't wait to keep following him wherever he takes us."

The next chapter leaves Hawaii behind and follows a different group of vacationers as they jet to another White Lotus property. pic.twitter.com/XEnglXK97r— HBO PR (@HBOPR) August 10, 2021

Season 1 premiered in July and will have its season finale Sunday. The show currently ranks No. 1 among all series on HBO Max. 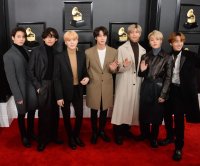 TV // 13 hours ago
'MacGruber': Will Forte, Kristen Wiig reunite in new trailer
Dec. 6 (UPI) -- Will Forte is on a new mission and is reunited with Kristen Wiig in the latest trailer for Peacock's MacGruber.