July 23 (UPI) -- HBO Max said it has renewed its comedy series, That Damn Michael Che, for a second season.

"Michael's comedic style is truly unique and his ability to convey provocative subject matter through a comedic lens is the reason why Season 1 of That Damn Michael Che was such a success. We look forward to working with him again on a second season," Sarah Aubrey, the streaming service's head of original content, said in a statement Thursday.

The sketch-comedy show premiered in May. It stars Michael Che, the 38-year-old co-head writer and "Weekend Update" co-anchor on Saturday Night Live.

Che shared the link to a media report about the renewal on his Instagram page.

"Hoopla," he wrote alongside a rocket ship emoji. 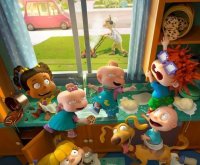 TV // 14 hours ago
Adam Cole talks 'Grand Slam,' joining AEW: 'Could not be happier'
Sept. 22 (UPI) -- Professional wrestler Adam Cole, the top performer from WWE's "NXT" brand, has taken his talents to AEW and is competing at the promotion's biggest event ever in "Grand Slam," a two-night extravaganza in New York City. 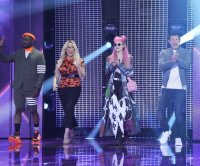