The 52-year-old actor discussed his bond with his co-stars during Wednesday's episode of Late Night with Seth Meyers after finishing filming Brooklyn Nine-Nine's eighth and final season.

Crews plays Terry Jeffords on Brooklyn Nine-Nine, which co-stars Andy Samberg, Stephanie Beatriz, Melissa Fumero, Joe Lo Truglio and Andrew Braugher. On Late Night, Crews said there were "so many tears" and hugs during the cast's last day on set.

"It was incredible," he said. "I mean, you have to understand, you know, you spend more time with these castmates than you do your own family. You go, 'Oh my God, like, this is the connection we had.'"

"I've been in places where things tended to fall apart. Like, you're there with people and all of a sudden you're like, 'I don't like them anymore,' you know? But it did not happen on this show. We actually got closer and closer and better and better, and what can I say, man?" the star said.

"I'm kind of going through a little bit of depression, a little mourning. 'Cause you have to acknowledge it, because it's changed. Everything's gone," he added. "You may not work with these people again, and that's a reality, and it's really, really deep, man."

Brooklyn Nine-Nine originally aired for five seasons on Fox and moved to NBC in Season 6. Crews looked back on the show's run in an Instagram post last week on his final day on set.

"What can I say. Been in tears all day. 8 years with this wonderful cast and crew. The highs, the lows and everything in between- but we made it," the actor wrote.

"I'm so thankful for the fans who kept us alive when we were dead in the water. We came back stronger and better -- all thanks to your love and support. I will miss Terry Jeffords because he IS me," he said. "The NINE-NINE will live on forever in my heart and in the hearts of millions of fans around the world. Terry loves yogurt, Terry loves love- and TERRY LOVES YOU."

'Brooklyn Nine-Nine' star Stephanie Beatriz is pregnant 'Dune' to world premiere at Venice Film Festival in September Hulu: What's coming and going in July 2021 What to watch next: Sign up for UPI's Streaming newsletter 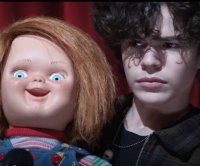 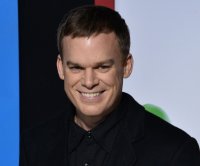