Hartnett will portray computer scientist and genius Alex Hoffman, who is launching an artificial intelligence-driven system that exploits fear in the financial markets to make big returns.

The launch doesn't go as planned, and Alex experiences the worst 24 hours of his life, cutting across reality, memory and paranoid fantasy.

Hartnett, known for his role in Sky Original Series Penny Dreadful, will be joined by Leila Farzad (I Hate Suzie), Arsher Ali (The Ritual) and Grégory Montel (Call My Agent).

David Caffrey (Peaky Blinders) is directing the four-part limited series, which is being adapted by Paul Andrew Williams and Caroline Bartleet. The project is produced by Left Bank Pictures in association with Sky Studios.

The Fear Index will enter production in April in Hungary. The show will air on Sky Atlantic and streaming service NOW later this year. NBCUniversal is handling international sales.

"Paul and Caroline's scripts offer a relentlessly gripping take on a chilling Frankenstein parable of our times, and we are delighted to be working with Left Bank and the incredible cast led by Josh Hartnett to bring Robert Harris' thrilling story to Sky viewers later this year," Gabriel Silver, director of commissioning, drama at Sky Studios said in a statement.

Earlier this year, Hartnett announced the birth of his third child with actress Tamsin Egerton. He also appears in Raoul Peck's Exterminate All the Brutes, which is streaming on HBO Max

TV // 18 hours ago
Anne Rice's 'The Mayfair Witches' coming to AMC in 2022
Dec. 1 (UPI) -- AMC announced Wednesday that it has greenlit a series based on Anne Rice's "The Mayfair Witches." This is the second series in AMC's Rice universe after their "Interview with the Vampire" adaptation. 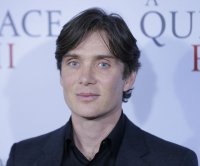