April 15 (UPI) -- Melissa Gorga is opening up about her marriage to Joe Gorga following their explosive fight on The Real Housewives of New Jersey.

The 42-year-old television personality discussed her marriage to Joe Gorga during an appearance Wednesday on Watch What Happens Live.

Gorga and Joe Gorga married in August 2004 and have three children, daughter Antonia and sons Joey and Gino.

On WWHL, Gorga answered questions about her marriage, including naming how many of her friends' bachelorette parties that Joe Gorga banned her from attending.

"I really just remember two of them. One, she was one of my best friends and she was a bridesmaid in my wedding," Gorga said. "I think I made up some lame excuse at the time."

"I'm about to go to my niece's bachelorette party this summer and I told Joe I'm going, I'm making up for lost time and he has no choice. And he said okay," she added.

Gorga then said she wasn't allowed to go to strip clubs but never asked to. She also said Joe Gorga never kept her on a strict shopping allowance.

"No, never. He knows that I'm pretty reasonable in that area," she said.

Gorga said she now makes her own money and doesn't need to check in with Joe Gorga about her spending.

"Right now? Anything I want, because I make money as well. Back then? I used to spend on the AmEx probably like twenty, thirty grand a month and he never said anything," she said.

Gorga confirmed that Joe Gorga used to pressure her into ignoring upsetting things about Teresa Giudice, Joe Gorga's sister and Gorga's RHONJ co-star, in order to keep the peace.

"I think he would see it a lot, especially in the younger years when I first started coming around, and he would agree with me but I knew that ... He would try to play it cool. He didn't want the drama," she said.

Last week's episode of RHONJ showed a heated argument between Gorga and Joe Gorga, with Joe Gorga proclaiming that he and Gorga had "grown apart." Joe Gorga previously said he was "done" with the marriage in the RHONJ midseason trailer.

Jennifer Lopez, Alex Rodriguez split; say they're 'better as friends' Keith Urban was at food court when Taylor Swift first sent 'Fearless' songs Wyatt Pike thanks fans for support after 'American Idol' exit What to watch next: Sign up for UPI's Streaming newsletter 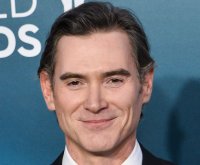 TV // 4 hours ago
PBS renews 'Sanditon' for Seasons 2 and 3
May 6 (UPI) -- Masterpiece on PBS announced on Thursday that "Sanditon" has been renewed for a second and third season.

TV // 4 hours ago
Courteney Cox on 'Friends' reunion: 'It was unbelievable'
May 6 (UPI) -- Courteney Cox, who played Monica Gellar on "Friends," teased the show's upcoming reunion and recalled dancing in a fountain with her co-stars.

TV // 7 hours ago
Channing Tatum says he became a 'completely new person' during pandemic
May 6 (UPI) -- Channing Tatum discussed how he got into shape during the COVID-19 pandemic and his experience working with Sandra Bullock on "The Tonight Show Starring Jimmy Fallon." 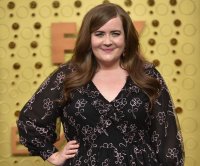 TV // 13 hours ago
Aidy Bryant: 'Shrill' character's battle 'is never over'
LOS ANGELES, May 6 (UPI) -- Aidy Bryant says the final season of "Shrill" will show her character achieve a modicum of success and self-esteem but will struggle with those things for the rest of her life.