"I know you're hearing my accent and thinking: 'Oh, no. He's not Black. He's British.' Let me reassure you that I am Black. I'm Black and I'm British. Basically, I am what the royal family was afraid the baby would like," the actor joked about Prince Harry and Meghan Markle's son Archie during his opening monologue.

He went on to ponder whether British or U.S. racism is worse.

"Let me put it this way: British racism is so bad, White people left. They wanted to be free. Free to create their own kind of racism. That's why the invented Australia, South Africa and Boston," he said.

Kaluuya also revealed it has been a lifelong dream for him to host an episode of SNL featuring Kenan Thompson because when Kaluuya was a child he wrote a play based on Thompson's former sitcom, Kenan & Kel.

"I just want to take this moment in front of Kenan and the whole world, to say thank you, Mum, thank you, God and thank you, Kel," he said.

Kaluuya, 32, also played a doctor trying to convince his own family to get the COVID-19 vaccine in one sketch and, in another, he portrayed a father whose son announces at a dinner party that he has changed his college major from medicine to creative writing.

The actor's other credits include Get Out, Black Panther and Queen & Slim.

TV // 8 hours ago
PBS renews 'Sanditon' for Seasons 2 and 3
May 6 (UPI) -- Masterpiece on PBS announced on Thursday that "Sanditon" has been renewed for a second and third season.

TV // 8 hours ago
Courteney Cox on 'Friends' reunion: 'It was unbelievable'
May 6 (UPI) -- Courteney Cox, who played Monica Gellar on "Friends," teased the show's upcoming reunion and recalled dancing in a fountain with her co-stars.

TV // 11 hours ago
Channing Tatum says he became a 'completely new person' during pandemic
May 6 (UPI) -- Channing Tatum discussed how he got into shape during the COVID-19 pandemic and his experience working with Sandra Bullock on "The Tonight Show Starring Jimmy Fallon." 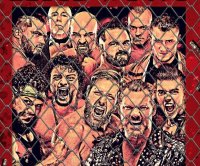 TV // 17 hours ago
Aidy Bryant: 'Shrill' character's battle 'is never over'
LOS ANGELES, May 6 (UPI) -- Aidy Bryant says the final season of "Shrill" will show her character achieve a modicum of success and self-esteem but will struggle with those things for the rest of her life.