Snoop Dogg joins 'The Voice' Season 20 as the Mega Mentor

This is not a joke.... Excited to join the Voice as this seasons mega mentor!!@blakeshelton @kellyclarkson @johnlegend @nickjonas@nbcthevoice @nbc pic.twitter.com/KRxdUacJig— Snoop Dogg (@SnoopDogg) April 1, 2021

April 1 (UPI) -- Snoop Dogg is joining The Voice Season 20 as the Mega Mentor starting on April 19.

The rapper is joining coaches Kelly Clarkson, Nick Jonas, John Legend and Blake Shelton to mentor the performers as they compete in the Knockout Rounds.

Snoop Dogg will also help mentor the four artists who were saved by their individual coaches during the Battle Rounds. The four artists will compete in the Four-Way Knockout, with viewers able to vote on who gets to stay on The Voice.

"This is not a joke," Snoop Dogg said on Twitter in reference to the announcement being made on April Fools' Day. Snoop Dogg also posted a teaser trailer of his time on The Voice.

The Voice also recently announced that Ariana Grande will be joining the series as a coach starting with Season 21. Grande will be replacing Jonas with Clarkson, Legend and Shelton set to return. 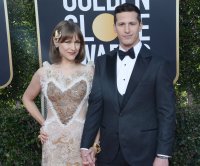