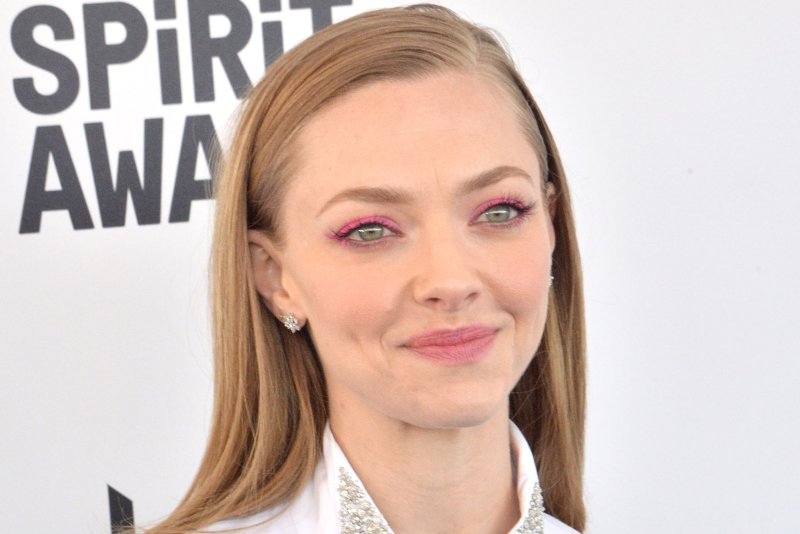 Amanda Seyfried will star as Elizabeth Holmes in "The Dropout," taking over for Kate McKinnon. File Photo by Jim Ruymen/UPI | License Photo

McKinnon was originally set to portray Holmes until she exited the series in February.

The Dropout is based on the ABC News podcast of the same name about Holmes and the rise and fall of her company, Theranos.

Holmes lost millions and was indicted by a federal jury in 2018 after falsely claiming to have devised blood tests that only required small amounts of blood.

The podcast was hosted by Jarvis and produced by Thompson and Dunn.

Holmes recently had her wire fraud trial delayed through Aug. 31 because she is pregnant. The trial was originally set to begin in July 2020 but has been delayed multiple times due to the COVID-19 pandemic.

Amanda Seyfried: 'Mank' role was 'biggest challenge to date' Elizabeth Holmes, prosecutors seek delay in Theranos trial due to pregnancy What to watch next: Sign up for UPI's Streaming newsletter

TV // 23 hours ago
Ariana Grande takes her coach's chair in 'The Voice' Season 21 teaser
July 28 (UPI) -- Ariana Grande will serve as a coach alongside Kelly Clarkson, John Legend and Blake Shelton in "The Voice" Season 21.

TV // 1 day ago
'Arthur': PBS Kids series to end after Season 25
July 28 (UPI) -- "Arthur," an animated children's series based on the Marc Brown book series, will conclude with a final season premiering in 2022.