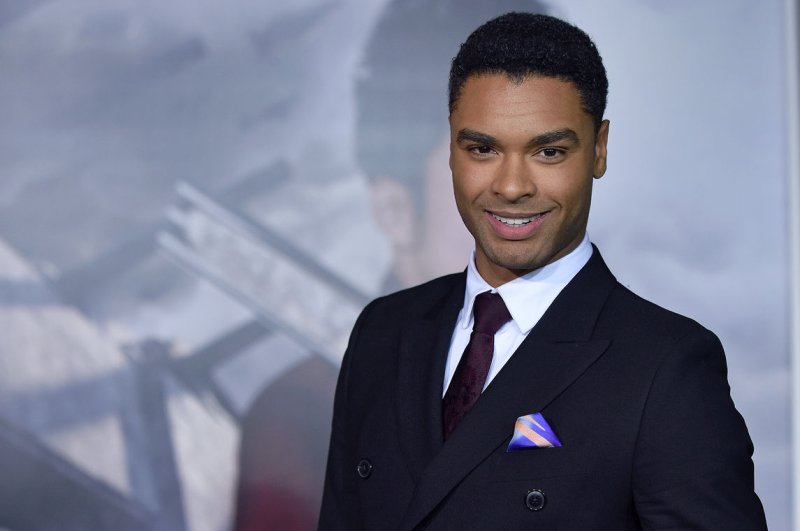 "You probably recognize me from Bridgerton, the show that made everyone text their moms to say: 'You know what? Never mind. I don't think we should watch this together,'" Page said in his monologue as the audience screamed and cheered.

"It's a bit of a racy show and because of that people may associate me with being this smoldering, sensual, smoke-show of a man," he laughed. "But I assure you, I am just a regular guy."

Page then turned and looked directly into the camera as soft music started to play.

"I'm here to show you a good time," he said in a sultry voice. "I want us to have fun together, explore each other. Does that sound pleasing to you? So, I bet you can tell from my accent that I am from Shondaland."

SNL cast members Aidy Bryant and Ego Nwodim then came out, smiling and glamorously dressed as they nervously tell Page they are there to help him with anything he needs.

"I've been getting a lot of this energy lately, but you can both relax," Page said. "I am nothing like my character, the Duke. I'm actually shy and emotional. It's hard to talk about myself because I just want to listen."

Produced by Shonda Rhimes, Bridgerton is a romance drama set in the wealthy society of 19th century England. It debuted last year on Netflix.

Page earned a SAG award nomination for his portrayal of Simon, the Duke of Hastings.

SNL lampooned the show with a sketch featuring Pete Davidson and Mikey Day as intimacy coordinators with a background in special effects and explosives, who are attempting to set up a love scene between the Duke and Daphne (Chloe Fineman).

The uncle and nephew crew members were called in after the usual workers were exposed to COVID-19 during a coronavirus fundraiser.

The newbies are kicked out after they wreak havoc with their suggestions on how the scene should be filmed, but return when it turns out they are also the production's substitute makeup artists.