Chris Harrison 'stepping aside' at 'The Bachelor'

Chris Harrison said Saturday he won't be appearing on "The Bachelor" for awhile. File Photo by John Angelillo/UPI | License Photo

Feb. 13 (UPI) -- The Bachelor and The Bachelorette host Chris Harrison announced Saturday that he is "stepping aside for a period of time" from the franchise.

The TV personality made the move after receiving criticism for defending current Bachelor contestant Rachel Kirkconnell when she was blasted online for -- then apologized for -- old, social-media posts perceived by many as culturally insensitive.

Harrison will not appear on the show's upcoming After the Final Rose special.

In an interview this week with Extra host Rachel Lindsay -- who became the first Black Bachelorette in 2017 -- Harrison asked for "a little grace, a little understanding, a little compassion" from the "woke police" for Kirkconnell.

He later apologized after a backlash accused him of perpetuating racism.

"I have spent the last few days listening to the pain my words have caused, and I am deeply remorseful. My ignorance did damage to my friends, colleagues and strangers alike. I have no one to blame but myself for what I said and the way I spoke," Harrison wrote on Instagram Saturday.

"To the Black community, to the BIPOC community: I am so sorry. My words were harmful. I am listening, and I truly apologize for my ignorance and any pain it caused you," he added.

"I want to give my heartfelt thanks to the people from these communities who I've had enlightening conversations with over the past few days, and I am so grateful to those who have reached out to help me on my path to anti-racism." 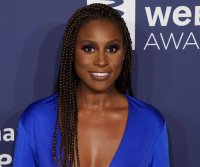