"He'd probably go for a while and not really notice," Hader laughed during a virtual appearance on Thursday's edition of Late Night with Seth Meyers.

Noting how Stefon habitually covered his mouth and nose with his hands, Hader said, "It's kind of a mask."

"I think he was probably Patient Zero on some level," Hader said. "He's probably had [the coronavirus] a couple of times and now he is fine."

Hader also recalled how a sketch he wanted to do on SNL was cut in the dress rehearsal because everything that could go wrong did.

"The set almost fell on Justin Bieber and then I tried to make it part of the sketch or something and then I remember none of the props I was supposed to have were there," Hader said. "It just went terrible."

Ricky Gervais jokes about what he'd do to get the COVID-19 vaccine BBC orders Season 3 of crime drama 'Hidden' 'Gods' star Bruce Langley: Where would we be without technology? 'Dickinson' star Hailee Steinfeld 'never thought much of fame' 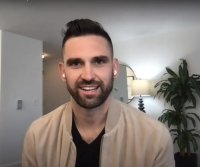 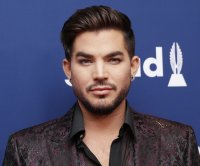