Monique Samuels leaves 'Real Housewives of Potomac': 'It was a crazy ride'

The 37-year-old television personality announced her exit from the Bravo series in an Instagram video Sunday.

"It was a crazy ride. It's not easy doing reality TV, and to be quite honest, I'm over it," she said.

Samuels voiced her love and appreciation for everyone who has been "Team Monique" but said "when you cross certain lines, there's no going back."

"For me, my family is that line," the star said. "The opinion of my family and my kids and what they think about anything that I do is more valuable to me than anybody's opinion, so I'm over it."

Samuels is married to former professional football player Chris Samuels and has three children, Christopher, Milani and Chase. She said she appreciated the opportunity to show "real Black love" on TV.

"I wanted to represent real Black love and show people something outside of what the stereotype has been on TV, and unfortunately this season I played right into that stereotype," the star said.

"While people want me to be so emotional and all of those different things, as if I didn't really deal with everything that I had to deal with, I 100 percent did," she said. "I mean, I had two therapists. I was working overtime to really check myself, because that is the exact opposite of what I want to display on a TV show, and in real life, most importantly."

News of Samuels' exit follows her physical altercation with Candiace Dillard in Season 5. During the season, Samuels' marriage to Chris Samuels was also a topic of much conversation, including rumors about the paternity of Samuels' son Chase.

Season 5 concluded Sunday with Part 3 of the season reunion. Samuels previously teased how Chris Samuels got "heated" during the reunion. 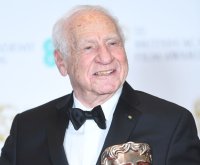 TV // 3 hours ago
'The Great' Season 2 trailer introduces Gillian Anderson as Catherine's mother
Oct. 19 (UPI) -- "The Great," a comedy-drama starring Elle Fanning as Catherine the Great, will return for a second season on Hulu in November.

TV // 4 hours ago
'To All the Boys' spinoff series 'XO, Kitty' coming to Netflix
Oct. 19 (UPI) -- "XO, Kitty," a new series starring Anna Cathcart as Kitty Song-Covey, got the green light at Netflix. 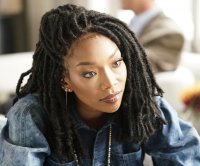