The singers and snowboarder were dressed respectively as a seahorse, a bucket of popcorn and a jellyfish for the competition.

Earlier in the day, the FOX show was renewed for a fifth season.

Ken Jeong, Jenny McCarthy, Nicole Scherzinger and Robin Thicke are the program's judges for Season 4, and Nick Cannon is the host.

Rapper Busta Rhymes was the first costumed celebrity to get the boot this season. 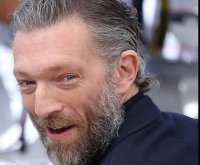 TV // 12 hours ago
John Cena says he will return to WWE: 'I haven't had my last match'
June 24 (UPI) -- John Cena confirmed that he will be returning to WWE while appearing on "The Tonight Show Starring Jimmy Fallon."

TV // 17 hours ago
Nathanya Alexander: New 'Genera+ion' episodes reveal vulnerable side
LOS ANGELES, June 24 (UPI) -- "Genera+ion" star Nathanya Alexander describes the upcoming struggles of her teenage character, and the homework she did to elaborate on her role. New episodes are released Thursdays on HBO Max.