Issa Rae arrives on the red carpet at the 2019 Webby Awards in 2019 in New York City. File Photo by John Angelillo/UPI | License Photo

This weekend's opening sketch was introduced with text scrolling across the screen and a voice reading the message: "On Thursday, Vice President Biden held a town hall, as scheduled, on ABC.

"At the same time, NBC laid a thirst trap for President Trump. One town hall was a thoughtful, cogent discussion of the issues facing our country. The other featured President Trump. We now present a rebroadcast of those town halls the way most Americans watched them ... Flipping back and forth, trying to decide between a Hallmark movie and an alien autopsy. This is Dueling Town Halls."

Alec Baldwin reprised his role of Trump in an interview that devolved into a pro wrestling match where moderator Savannah Guthrie (Kate McKinnon,) hit him with a folding chair.

Jim Carrey played Biden as a rambling version of children's television star Fred Rogers and painting guru Bob Ross, neither of whom offered clear answers to the questions they were asked. 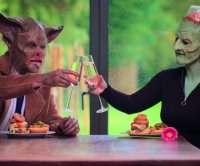 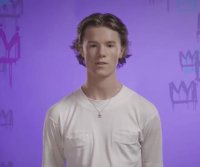 TV // 1 day ago
Adam Cole talks 'Grand Slam,' joining AEW: 'Could not be happier'
Sept. 22 (UPI) -- Professional wrestler Adam Cole, the top performer from WWE's "NXT" brand, has taken his talents to AEW and is competing at the promotion's biggest event ever in "Grand Slam," a two-night extravaganza in New York City.
Advertisement