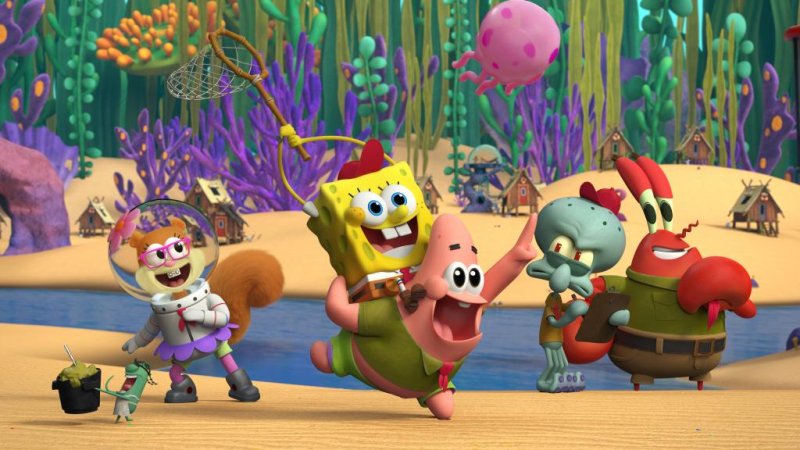 SpongeBob, Patrick, Squidward, Sandy, Mr. Krabs and Plankton appear as their younger selves at a summer camp together in the show's first image.

Kamp Koral: SpongeBob's Under Years will follow a 10-year-old SpongeBob and his friends as they spend their summer at the craziest camp in the kelp forest. The group will be building underwater campfires, catching jellyfish and swimming in Lake Yuckymuck.

Carlos Alazraqui (The Casagrandes) and Kate Higgins (Blaze and the Monster Machines) will be voicing new characters Nobby and Narlene, respectfully. Nobby and Narlene are narwhal siblings who live in the woods surround the camp.

The series will premiere in 2021 on the Paramount+ streaming service before also airing on Nickelodeon following the first season's initial run, which consists of 13 episodes.

Nickelodeon previously announced in June that animated film The SpongeBob Movie: Sponge on the Run will be getting a video-on-demand release in early 2021.

'SpongeBob Movie: Sponge on the Run' set for VOD release Nickelodeon supports the LGBTQ+ community with post featuring SpongeBob, Korra What to watch next: Sign up for UPI's Streaming newsletter