Brad Paisley performs 'No I in Beer,' guest hosts 'Kimmel'

The country star held his virtual concert outside near a pool on Wednesday while Jimmy Kimmel Live's Guillermo attempted the Beersketball Challenge.

The Beersketball Challenge involved Guillermo bouncing a can of beer on a basketball and attempting to catch the can as it bounces into the air.

"We're all in this together/ To me it's all so clear/ Drinking oughta be a team effort/ There is no 'I' in beer," Paisley sang.

"No I in Beer" was released in April and was Paisley's first song of 2020. The singer last released his 11th studio album titled Love and War in 2017.

Paisley, as guest host, interviewed Rainn Wilson about how he cares for donkeys and pigs at his house and about how The Office has remained popular since ending in 2013. Wilson famously starred as Dwight on the comedy series.

"The popularity of The Office has just been off the charts in the last couple of years, especially with young folk. With this pandemic it's just been crazy," Wilson, who stars in upcoming Amazon series Utopia said.

Brad Paisley shares new single 'No I in Beer' The Avett Brothers perform 'Victory' on 'Kimmel' What to watch next: Sign up for UPI's Streaming newsletter

TV // 8 hours ago
'And Just Like That' cast talk bringing diverse stories to series on 'Drew'
Jan. 24 (UPI) -- "And Just Like That" stars Nicole Ari Parker, Karen Pittman and Sarita Choudhury discussed how the "Sex and the City" sequel series introduced new characters of color while appearing on "The Drew Barrymore Show."

TV // 11 hours ago
Dylan Dreyer returns to 'Today' after son Russell's birth
Jan. 24 (UPI) -- "Today" meteorologist Dylan Dreyer gave an update on her family during her first day back from maternity leave. 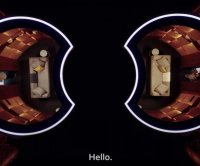