Production on Javier Bardem's miniseries "Cortés y Moctezuma" has been canceled due to the coronavirus pandemic. File Photo by Jim Ruymen/UPI | License Photo

Gael Garcia Bernal arrives at a photocall for the film "It Must Be Heaven" during the 72nd annual Cannes International Film Festival in France in 2019. File Photo by David Silpa/UPI | License Photo

Oscar-winning actor Javier Bardem was to star in and produce the project, which was filming in Mexico when the virus struck, shutting down film and TV productions all over the world.

Steve Zaillian penned the screenplay and Diego Luna and Gael García Bernal were onboard as producers. The cast included Tenoch Huerta and Yoshira Escárrega.

The four-part, historical, Spanish-language drama was to take place during the 16th century.

"Due to the production constraints created by the COVID-19 global pandemic, Amazon Studios and Amblin Partners are unable to move forward with production on our Cortés y Moctezuma series," the companies said in a statement Thursday.

"In the current climate, there is unfortunately no way to remount the production in the near future to achieve the scale and scope that was intended and that the series deserves. We have nothing but admiration and respect for Javier, Tenoch, Yoshira, Gael, Diego, Steve Zaillian, and the entire cast and crew of the series and hope we can work together again in the future."

Film and TV production have been slow to resume as studios and networks figure out how to protect their casts and crew from the virus.

Production on The Batman was put on hold this week in the United Kingdom after star Robert Pattinson tested positive for COVID-19. 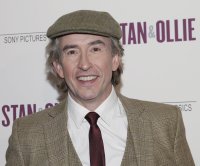