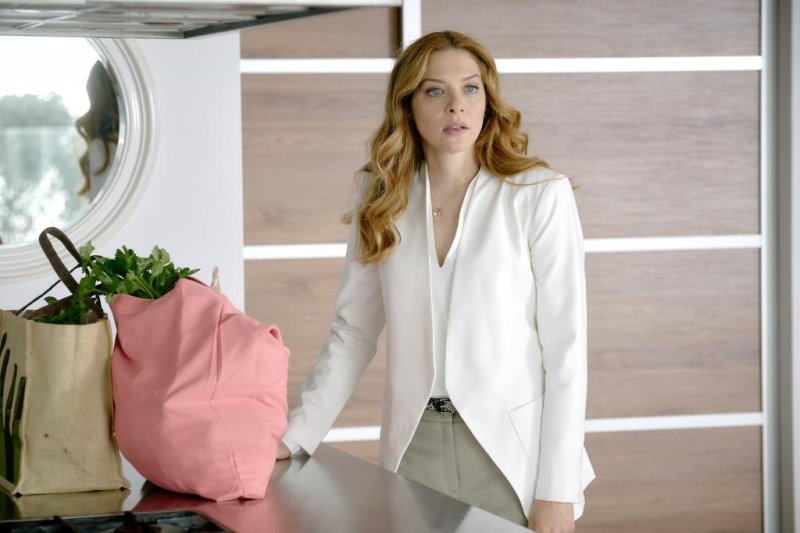 "I'm always interested in anything where characters have to pay the piper...where the reckoning comes from all the things they tried to pretend they weren't," the actress told UPI in a recent phone interview.

The Sounds casts Lefevre as Maggie Cabbott, a Canadian woman whose husband, Tom (Matt Whelan from Narcos), disappears during a boating trip in New Zealand, where he had been trying to set up a solo business venture outside the influence of his wealthy and unscrupulous family.

"I've always wanted to do one of those mystery miniseries where it all unfolds and you are racing to try to figure it out before they tell you," Lefevre said.

"I just find that to be fun to watch. I really like [stories with twists] and I always thought it would be an interesting challenge to play a character who couldn't really give anything away. You had to be truthful, but leave room for the mystery."

The Under the Dome and Twilight alum also was eager to work with director Peter Stebbings, whose credits include Wynonna Earp and Orphan Black.

Before they began shooting The Sounds, the actress and the filmmaker pored over the scripts together, then worked with writers Sarah-Kate Lynch and Samuel E. Shore to flesh out the character of Maggie.

"Peter was so open to my input, and we turned out to be really good creative collaborators," Lefevre said. "We got to kind of arc her journey in ways that were a little bit different; that felt to us more authentic, and I think it worked really well."

Filming in New Zealand also was a huge draw.

"I joked that before I went to New Zealand, I was not the kind of person who used words like 'magical,' and now I can't stop using it," Lefevre laughed. "I am now New Zealand's biggest fan and not just of the landscape, really -- the people."

The actress enjoyed learning about the country and talking to its citizens about politics and current events.

She also recalled being surprised and inspired when she read about Prime Minister Jacinda Ardern urging New Zealanders to simply be kind to one another.

"I remember being struck by a politician putting that front and center, as if it was part of her political agenda, as it should be, and then my experience of talking to people about things -- even issues that could be divisive -- is that they really did lead with kindness," Lefevre said.

She said she doesn't mean to idealize the place or sell it as a "kind of cartoon utopia."

"It's a real place, like everywhere else," Lefevre said. "But I was struck by how much they led with kindness and I felt that every day on set."

One of the biggest challenges Lefevre said she faced there was filming in and on the water.

"The water was freezing, and we did a lot of water stuff. There were some very, very hard days -- very physically and emotionally grueling days and that is where, yet again, in this situation, if you're me, you shout your director's name to the rooftops -- 'Peter Stebbings carries the day.' Because I really would not have gotten through it without him," she said.

Viewers confined to their homes for months due to the coronavirus pandemic may think of The Sounds as an escapist treat with its intriguing puzzle, fascinating characters and beautiful scenery.

"It has a transporting element. You really can sit in your living room and go somewhere. I do think that that has so much value now," Lefevre said.

She said she understands how difficult the quarantine has been, particularly for artistic people like herself who haven't been able to do what they usually do in solitude.

"A lot of my contemporaries felt depressed, like there was a weight, and then I just had to reframe it, so I am extremely creative," the real-life mother of a 4-year-old said.

"I'm just creative in a preschool level, which is really, really therapeutic and fulfilling. There is a reason in occupational therapy that they do art and use glue guns. There is something about it that is just really childlike, and I say that in the best way. I think I found a new creativity -- fun!"

Jessica Sutton: 'Rogue' is mayhem with message 'Top Gear' host Chris Harris calls harrowing Nepal trek 'life-affirming' 'Bill & Ted' remind 2020 audiences: 'Be excellent to each other' Siobhan Finneran finds joy in comedy in 'The Other One'