Seth MacFarlane to adapt 'The Winds of War' as limited series

Seth MacFarlane is developing "The Winds of War," a series based on the Herman Wouk novel, as his first project for NBCUniversal. File Photo by Christine Chew/UPI | License Photo

Aug. 12 (UPI) -- Seth MacFarlane is adapting the World War II epic The Winds of War as a limited series.

MacFarlane, 46, and Seth Fisher will co-write and executive produce the series for Universal Content Productions, an NBCUniversal production company.

The new series is based on Herman Wouk's novels The Winds of War and War and Remembrance. The Winds of War follows an American family's turbulent voyage across the continents and years during WWII.

The show will be MacFarlane's first project with UCP since his Fuzzy Door Productions company signed a $200 million deal with NBCUniversal in January.

"I can't think of a more exciting project with which to launch my creative partnership with UCP than Herman Wouk's The Winds of War," MacFarlane said in a statement. "I've been a devoted fan of Wouk's WWII epic for decades, and its depiction of small-scale human endurance in the face of large-scale global upheaval has never been more relevant than it is today."

"We are thrilled to announce The Winds of War (and War and Remembrance) as the first of many projects we are developing with Fuzzy Door. This is an epic story of valor, perseverance, survival and family that will be retold through a current lens," UCP president Dawn Olmstead said.

UCP will shop the series to broadcast and cable networks, along with streaming services.

MacFarlane is known for creating the animated series Family Guy and American Dad, and for writing, directing and starring in the film Ted.

'The Devil All the Time': Netflix shares poster with Tom Holland, Robert Pattinson Princess Diana musical to stream on Netflix before Broadway debut Chris Hemsworth spends 37th birthday with wife and kids What to watch next: Sign up for UPI's Streaming newsletter 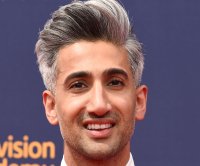