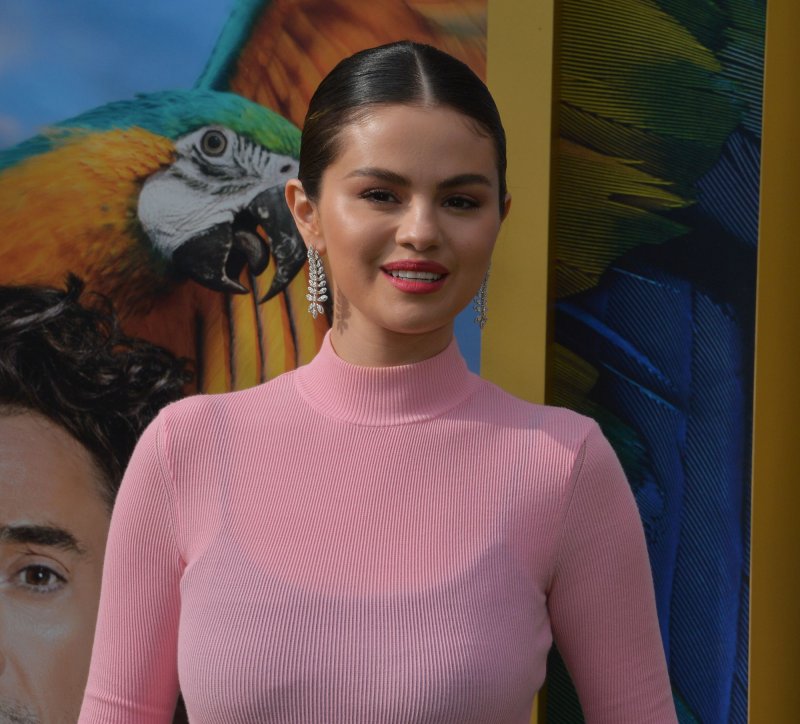 LOS ANGELES, Aug. 12 (UPI) -- Selena Gomez let cameras into her new Encino, Calif., home, because it was the only way to film a series during the COVID-19 pandemic. Selena + Chef pairs Gomez with famous chefs such as Ludo Lefebre and Antonia Lofaso. The chefs connect with Gomez in their respective kitchens via video chat.

"It was actually so strange because there's no one in my house, but there's these cameras everywhere," Gomez said on a recent Television Critics Association Zoom panel.

Saidman assured Gomez and viewers that the crew turned off the cameras once they taped the episodes. When cameras were rolling, Gomez said she was excited to open up her home to chefs, albeit remotely.

Gomez said she enjoys collaborating with other musicians or actors in her career, so adding chefs opened her up to new collaborations.

"I enjoy connecting with people this way," Gomez said. "I think that's one of my favorite parts of my job."

In the first episode, Lefebre made fun of a set of turquoise blue knives he could see Gomez using. Gomez could not recall where she bought the knives, but she enjoyed the banter with him.

"Ludo made fun of me a lot," Gomez said.

Chef Lofaso said the video chat added some anxiety for her. Normally, when she's teaching a novice chef, she can supervise. Since she couldn't be with Gomez in her kitchen, Lofaso worried something could go wrong.

"I was genuinely concerned that there was going to be an oil fire," Lofaso said. "I kept just screaming, 'Are we sure that the oil is OK?'"

There are no such accidents on Selena + Chef, Gomez said with assurance.

"I didn't burn my house down," Gomez said, laughing.

Selena + Chef gave Gomez a project to do while she waits for the premiere of the film This Is Your Year, which she is executive producing, on Aug. 28. Gomez will also join Steve Martin and Martin Short in Hulu's Only Murders In the Building.

Gomez was aware of the potential risks of allowing fans to see inside her home. She doesn't let intrusive fans inhibit what she shares on social media, so Selena + Chef is no different.

"I can post a picture of the ground and my fans will try to dissect what that meant," Gomez said. "That's going to happen no matter what."

Cooking was a hobby for Gomez's before the show was created. She has shared personal cooking videos on her social media channels, and she hopes some of her fans will discover an affinity for cooking.

"My hope with anything I do is to inspire, encourage and get kids' minds going," Gomez said. "I would want nothing more than to see all these cute little chefs to become grown-ups."

Even before Selena + Chef airs, Gomez has living proof that it does inspire young viewers. Her sister, Gracie Elliot Teefy, age 7, already wants to cook like her big sister.

"She watches us in the kitchen like cutting up fruit or bananas or something," Gomez said. "Those moments are what makes all of it worth it."

The chefs also impressed upon her the value of making the finished meal look enticing, Gomez said.

"I've never cared more about presentation than I do now," Gomez said.

The recipes the chefs taught Gomez also gave her a more sophisticated palette, Gomez said. She said pasta out of a box is no longer palatable for her.

"It's hard for me to cook pasta now because I know what real pasta should taste like," Gomez said. "Y'all spoiled me, basically."