Aug. 12 (UPI) -- Apple TV+ has given the greenlight to a new animated series based on classic children's novel Harriet the Spy by Louise Fitzhugh.

Beanie Feldstein will voice Harriet, an independent 11-year-old girl who wants to be a writer. Harriet, who lives in 1960s New York, thinks to achieve her goal she needs to know everything and to do so, she needs to be a spy.

Jane Lynch will voice Ole Golly, Harriet's no nonsense nanny and Lacey Chabert will voice Marion, the leader of a group of popular girls at Harriet's school.

Harriet the Spy hails from The Jim Henson Company and Rehab Entertainment. The series will be the first animated adaptation of the novel.

Apple has partnered with The Jim Henson Company before on Apple original series Fraggle Rock: Rock On! and the upcoming reboot of Fraggle Rock.

Nickelodeon previously adapted Harriet the Spy into a live-action movie in 1996 that starred Michelle Trachtenberg and Rosie O'Donnell.

TV // 10 hours ago
'The Chi': Showtime renews drama series for Season 5
Aug. 2 (UPI) -- "The Chi," a series created by Lena Waithe and starring Jacob Latimore, Michael V. Epps and Alex Hibbert, will return for a fifth season on Showtime. 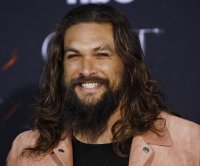