The 44-year-old psychiatrist and television personality gave an update on her separation from her husband, Phil Johnson, during Sunday's episode of Watch What Happens Live.

Walker announced her split from Johnson during the June 28 episode of Married to Medicine: Los Angeles. She said Sunday that her divorce has yet to be finalized due to the coronavirus (COVID-19) pandemic.

"We're separated," Walker said. "Still in the midst of getting our divorced actually finalized because COVID happened and then everything shut down, so we're in the process of separating our lives completely."

"When I went into the season, as far as the filming, we were where we were. We were getting along, although he was gone. But over time, I think over the first month of filming, I just began to notice things that I just knew really couldn't be resolved," the star said.

"I didn't go into this season thinking like, 'Ooh, okay. Let me get divorced and get separated.' That's just how it kind of naturally happened," she added.

During an interview with Bravo's The Daily Dish in June, Walker said she initially kept her separation from Johnson quiet so she could process her own feelings.

"I had to actually sit around and practice, like, 'Okay, you know you're gonna get divorced.' That word, I had to get used to," the star said. "I had to get used to referring to my husband as my ex-husband. Those are all things that were very soul-crushing to me."

"I just needed some time to really get my words together before I wanted to say them out loud to someone else," she added.

On WWHL, Walker and her Married to Medicine: Los Angeles co-star Britten Cole weighed in on their other co-stars. Cole said Walker has the biggest ego, while Walker named Jazmin Johnson.

Married to Medicine: Los Angeles follows a group of women who are doctors or married to doctors in the Los Angeles area. Season 2 premiered on Bravo in May. 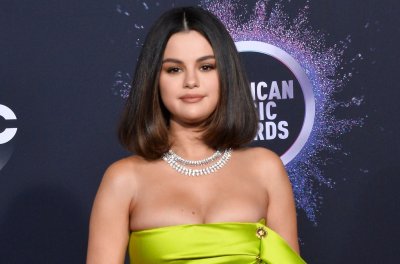