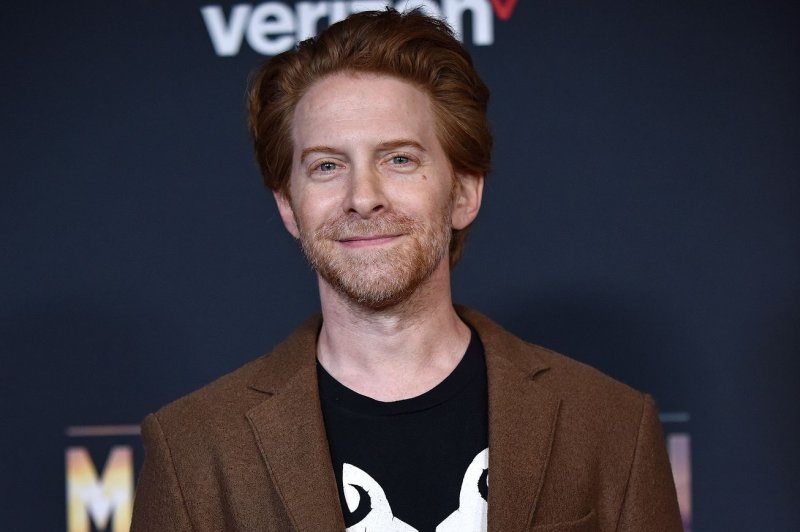 Created by Green's Robot Chicken collaborators John Harvatine IV and Tom Root, Crossing Swords is streaming on Hulu. The stop-motion animated comedy is set in a debauched, medieval kingdom where good-hearted peasant Patrick (voiced by Nicholas Hoult from The Great) is beginning his career as a squire.

"It originally got pitched as these tiny little characters doing very adult comedy," Green, who lends his voice to the wizard Blinkerquartz, told UPI in a phone interview Monday.

"There's something inherently funny about dramatic situations or a very serious type of circumstance and then offsetting it with incredibly silly visuals," Green said. "All these subjects the characters are talking about -- violence and sex and a feudal landscape and governing the people, medieval times -- it's all pretty dramatic."

"When you watch Game of Thrones, after someone dies and his head explodes, you can imagine the cleanup crew afterwards going: 'Oh, man, did he have to explode his head? Alright, just get the mop and the sponge,'" Meyer said. "Crossing Swords is a fun way to jump into that. What if they continue the conversation after the destructive battle?"

Drake & Josh, Community and Supermansion alum Yvette Nicole Brown signed up to play Sgt. Meghan, trainer of squires, because it was a rare risque role for her.

"I like irreverent humor and I love everything Seth Green has ever put his hands on. I love the idea of getting to be naughty, but it's not my face," she said of hiding behind a cartoon character.

"Some of the jokes are a little much, even for me, because I'm PG-13, as a rule, as a person. I saw some things, watching these episodes, [and] was thinking, 'Why are they showing that?' It's shocking, but, you know, listen, sometimes you've got to dip a toe in the naughty realm. It was just fun," she said.

"I like to always do different things and have different tones in my library, so this felt like a nice color," Pally said, revealing that he sought inspiration in the performances of John Belushi in Animal House and Sean Penn in Fast Times at Ridgemont High when crafting Broth's voice.

"He's a maniac, but I like that he is really warm and has all the best intentions; just sometimes the results don't come out the best," Pally said.

Coco and Legally Blonde actress Alanna Ubach, who plays Queen Tulip, said every aspect of Crossing Swords appealed to her.

"There wasn't one thing I didn't love -- every aspect from the simplicity of the pegs to the raunchy dialogue to the fleshed-out characters, these rich story lines," she said. "Put all the vulgarity aside, this is an amazing feat. It's a work of art."

"To get to go into the studio and say swear words and deal with adult content is so much fun, anyway, but they really do it so masterfully and beautifully," said voice-over legend Tara Strong, who plays Patrick's sister, Coral, a pirate.

"We got to tour the studio and see the sound stages and how meticulously each and every moment of the scenes are shot. It was pretty cool to see it all come together," Strong added.

Crossing Swords premiered as many people were either social distancing at home because of the coronavirus pandemic or out protesting for racial equality and police reform.

"It has been a wonderful blessing," Brown said, noting that dialogue for animated projects often is recorded a year in advance of when they premiere on TV or in theaters.

"It just worked out perfectly that we happened to debut right in the middle of this horrific time for our nation and everybody is home and they need a laugh. So, I'm honored," Brown said.

"I feel conflicted about it, with everything that's going on, but I think people need to laugh and I think there hasn't been much really silly stuff lately. It's nice to have something that is just kind of silly," Pally said. "Comedy usually thrives in these situations, so I'm hoping that maybe we are kind of coming to that now."

Strong -- whose credits include Rugrats, The Powerpuff Girls, Teen Titans, Batman: Arkham and My Little Pony -- said she was grateful to be able to record her lines at home for various projects when most other TV and film productions were shut for months because of the pandemic.

"To have the voice-over stuff is such a gift," she said. "The fact that I already have a studio set up and it's ready to go has been so lucky. I, literally, have been working in my pajamas every day."

Green acknowledged it is easier for artists with voice-over roles and the ability to do their jobs remotely to stay safe during the global health crisis than it is for those working on live-action film and television sets where they interact with many different people.

"I also feel like entertainers and artists, as a whole, are consistently adapting to how best to serve their audience, how best to express their ideas," he added.

"That has been an exciting thing, even though there is some frustration or learning curves around it. It has been exciting and encouraging to see the whole community come together and say, 'Alright how are we going to do this?'"

Patrick is going to keep chivalry alive, even if it kills him. ️ All episodes of #CrossingSwords are streaming tomorrow, only on @hulu. pic.twitter.com/7XwqsEU1bi— Crossing Swords (@SwordsOnHulu) June 11, 2020

Stars say 'Central Park' celebrates family, musicals, being outside Jennifer Connelly: 'Snowpiercer' reflects questions we are asking now James Bond film 'No Time to Die' to open in U.S. on Nov. 20 Ben Whishaw lands lead in new series 'This is Going to Hurt'

TV // 10 hours ago
'The Chi': Showtime renews drama series for Season 5
Aug. 2 (UPI) -- "The Chi," a series created by Lena Waithe and starring Jacob Latimore, Michael V. Epps and Alex Hibbert, will return for a fifth season on Showtime.