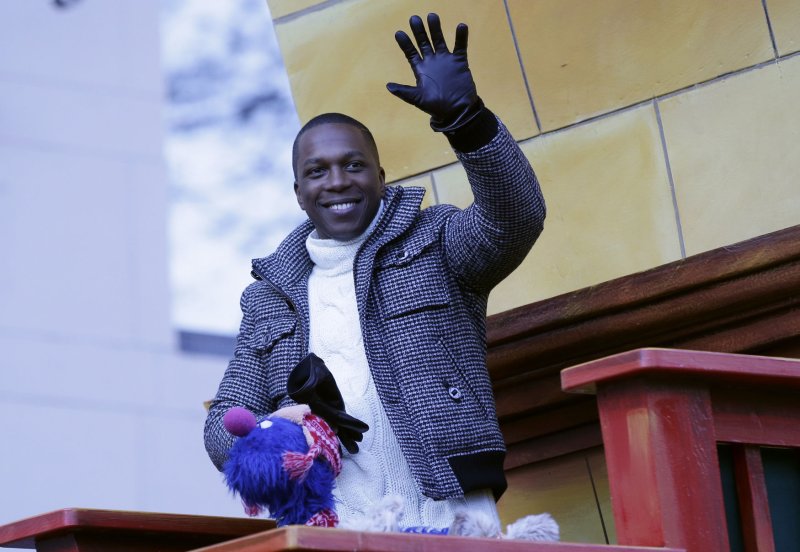 NEW YORK, May 29 (UPI) -- The new musical cartoon comedy, Central Park, proves a family doesn't have to be dysfunctional to be hilarious.

"I grew up watching a lot of beautiful, familial relationships on TV," Odom Jr. told UPI in a recent video conference interview. "They had their messiness. Owen and the Tillermans certainly have their messiness, but, at the end of the day, they love each other."

Burgess said they are a functional family.

"They know each other's ticks and quirks and such. You're never worried it's going to come undone, like Leslie said," he said. "Like my daddy said."

While most of the cast is famous for work in stage and film musicals such as Hamilton, Frozen, Beauty and the Beast and The Little Mermaid, Central Park marked new terrain for Hahn.

"There are no limits in animation," he said. "You are not bound by the limits of physics or your own physicality. It is as wild and outrageous and ridiculous and silly as you can make it."

Most of the actors recorded their lines in studios without the people who portray the other animated characters.

"Usually, how you learn who you are from who you are with, and so much of it is listening," she added.

Burgess credited the show's creators, Gad, Loren Bouchard and Nora Smith, with writing crisp, funny dialogue and lyrics that were a pleasure to deliver.

"When the writing is that good, you kind of just show up and say it," Burgess said.

"I'd love to pretend I brought some extraordinary new slant to voicing an animated character, but it just isn't so. These guys are at the top of their game, so they made it easy," he added.

"The thing about Loren is he hears dialogue melodically. Not many people do that. It was so easy being a musician to follow him because I understood his cadences."

Diggs said in a separate video conference call with Tucci and reporters that he found freedom in giving a voice-only performance.

"I know nobody is seeing it, so whatever I have to do to get the point across vocally is what I do," Diggs said.

"I imagine it might be some of the best performing of my life, but thank God nobody will ever see it," he laughed.

To prepare for the role of wealthy Bitsy's henchwoman, Helen, Diggs tried out different voices on his friends.

"They were all shot down," he said of his pitches. "I kept being told that my own voice was totally appropriate for this elderly white woman. I don't know what that says about me. I have therapy tomorrow, so we will work it out there."

Tucci joked he was "appropriately horrified" when he first saw a drawing of Bitsy, the tiny terror who wants to pave over the park and expand her real estate empire.

"I said, 'I'd love to play an 80-year-old!' and then you hear the rest of the cast involved and you go, 'Yeah, of course, I'll do it,'" Tucci said of what intrigued him about the project. "Animation is great fun to do for an actor because it is like you are a kid again. You are just kind of playing."

The actor "wouldn't even dream" of revealing upon whom -- if anyone -- he based his performance.

"I suppose every character is kind of an amalgam of people that you meet along the way, and Bitsy is very much that," he said.

Tucci has no qualms about defining Bitsy as a villain.

"I don't know if Helen is a villain, but she is certainly an aider and abettor," Tucci quipped.

Many people cooped up at home during the coronavirus pandemic will, no doubt, tune in to watch a bright, funny look at one of America's great cities and its inhabitants.

"I hope people find a lot of joy in it," Diggs said, noting he lately has been experiencing anxiety when he watches live-action TV shows in which people are not social-distancing.

He doesn't think viewers will feel the same way watching Central Park, though.

"There is something about the cognitive dissonance of animation that doesn't do that for me," he said. "One of the nice things about this show -- at least when I watch it -- is that it can be a reminder of what it's like to be in a public place with a lot of people around and not be worried about it."

Stars say 'Trying' relatable to those doing their best in pandemic Cooking show host Valerie Bertinelli taking it one day at a time Jennifer Connelly: 'Snowpiercer' reflects questions we are asking now Broadway blockbuster 'Hamilton' to stream on Disney+ this summer

TV // 1 day ago
Cast, creators call 'The Ark' an optimistic space odyssey
NEW YORK, Feb. 1 (UPI) -- The stars and writers of "The Ark" say now seems to be a good time to tell a hopeful story about unlikely heroes rising to the occasion to save their community and possibly mankind.

TV // 1 day ago
'FBI' crossover with 'International,' 'Most Wanted' coming in April
Jan. 31 (UPI) -- "FBI" and its spinoffs "FBI: International" and "FBI: Most Wanted" will have a crossover event on CBS in April.
Advertisement