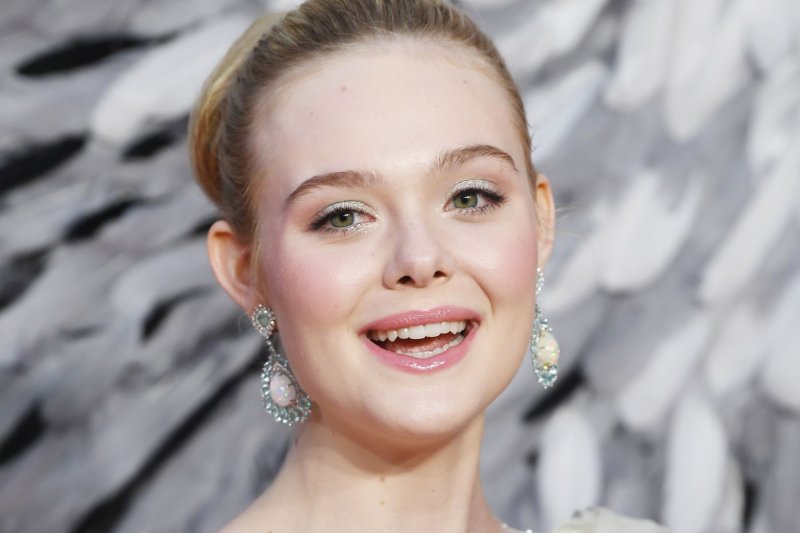 LOS ANGELES, May 15 (UPI) -- The legacy of Catherine the Great might not strike historians as humorous. For The Favourite screenwriter Tony McNamara, her story provides the material for his historical comedy, The Great. Elle Fanning plays Catherine and Nicholas Hoult plays Peter III.

Catherine ultimately would overthrow Peter to become empress of Russia and transform her country into a global superpower. When The Great begins, Catherine is a young woman considering marrying an insufferable dolt to advance her station in life.

Fanning never had been in a comedy. She said comedy made her feel more vulnerable than any of her dramatic performances.

"With comedy, there's no hiding behind anything," Fanning said on a recent Television Critics Association panel. "You have to be bare and you have to be really in the scene and reacting."

The mechanics of comedy proved more daunting to Fanning than straight drama. Omitting a word like "and" or "the" could ruin the rhythm of a joke, she said.

"I have never done Shakespeare, but I'm assuming it would have to be word perfect, very specific," Fanning said. "So memorizing the lines is something that is of the utmost importance."

McNamara wrote Peter as such an imbecile that he pronounces "touche" as "toosh." Hoult also co-starred in The Favourite, so he was happy to have more McNamara dialogue.

"There's all those brilliant turns of phrase and lines of dialogue," Hoult said during the panel. "They're all underpinned with these really emotionally charged and dynamic characters."

Catherine's actions changed the course of history. McNamara saw in them a universal story of young relationships.

"It's about a woman who marries the wrong person and then has to go, 'What do I do? Do I kill him?'" McNamara said during the panel. "That seemed a contemporary question."

Until Peter's death, Catherine will play him like a fiddle.

"I think Catherine is a great manipulator of Peter," Fanning said.

Historically, McNamara was impressed by Catherine the Great's accomplishments beyond taking the throne. He discovered she invented the roller coaster and championed female education among her many accomplishments. The Great promises to honor her achievements while playing fast and loose with historical accuracy.

"It seems more important to tell a great story about a young woman and her rise," McNamara said. "It isn't a perfectly historically accurate document."

"What I fell in love with when I read the script is her optimism and her hopefulness," Fanning said. "She doesn't lose that."

Hoult likens the tone of The Great to the BBC comedy Blackadder, which found humor in the political schemings of a medieval prince (Rowan Atkinson). He thinks American political comedies like Veep and In the Loop walk a similar line between comedy and politics.

"It does have that ability to be very fun, and you can just enjoy the ride," Hoult said. "Then suddenly, occasionally, it just kind of sucker punches you into all the emotional depths of the characters."

For McNamara, that tone comes more from real life than any of his television predecessors.

"As long as everything's truthful and is coming from a true place, then it's sort of exactly like life," McNamara said. "It's incredibly funny and it's incredibly tragic moment to moment."

Viewers familiar with Russian history can expect to see comedic twists on those events. McNamara may be eschewing historical detail, but he says he is following their spirit. As such, Fanning remains impressed by Catherine's dogged nature.

"She always has a plan B, which I really admire," Fanning said.

Catherine is resilient, too. The Great will show many setbacks before she becomes empress.

"I think seeing a female character make mistakes and not be perfect is really exciting and challenging to play," Fanning said.

As much as The Great trades historical accuracy for comedy and character, viewers may be surprised which aspects of the show are indeed accurate.

"Odd methods of contraception and odd methods of pregnancy testing are so bizarre you think we made them up," McNamara said. "They're all accurate."

The Great premieres Friday on Hulu.

'Stargirl' actress wants viewers to 'feel like they can be her' Niecy Nash: Except for the pandemic, 'I'm always working' Thomas Lennon says 'Reno 911!' jokes based in facts