The network shared a teaser trailer for the season Friday featuring Zachary Quinto as Charlie Manx, a being who feeds off the souls of children, and Ashleigh Cummings as Vic McQueen, an artist with supernatural abilities.

Season 2 takes place eight years after the events of Season 1, which ended with Manx waking up from a coma after his face-off with McQueen. The preview, titled "A Hero Rises," shows Manx seek revenge on McQueen by way of her son, Wayne.

AMC also shared key art for the season that shows McQueen on a motorcycle.

"The race for Wayne's soul sends Vic and Charlie on a high-speed collision course, forcing both to confront the mistakes of their pasts in order to secure a hold on Wayne's future," an official synopsis reads. 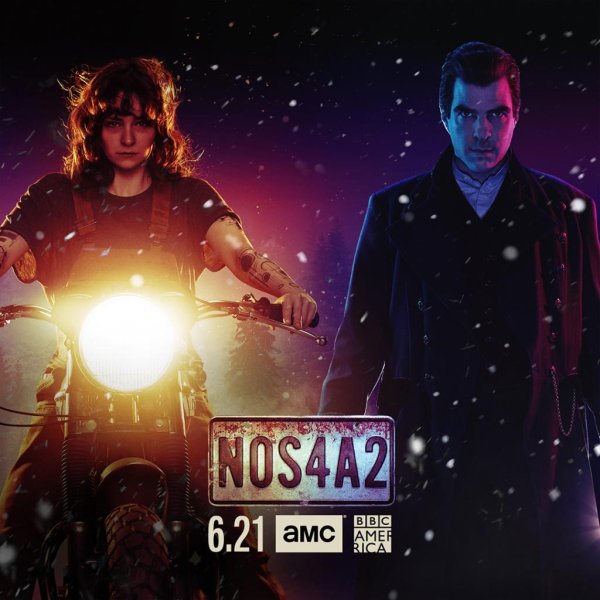 NOS4A2 is based on the Joe Hill novel of the same name. The series features Hill and Jami O'Brien as showrunners and co-stars Jahkara Smith, Ólafur Darri Ólafsson, Ebon Moss-Bachrach and Virginia Kull.

TV // 7 hours ago
Vanessa Morgan returns to 'Riverdale' set with baby boy in tow
April 16 (UPI) -- Vanessa Morgan, who plays Toni Topaz on "Riverdale," brought her infant son, River, with her to the set of the CW series.

TV // 10 hours ago
Jeffrey Dean Morgan shares photo of son as 'Walking Dead' extra
April 16 (UPI) -- Jeffrey Dean Morgan, who plays villain Negan on "The Walking Dead," shared on Instagram a black-and-white photo of his 11-year-old son Augustus wearing zombie makeup for his stint as an extra on the action-drama.

TV // 10 hours ago
Ice-T on band Body Count winning a Grammy: 'My mind was totally blown'
April 16 (UPI) -- Ice-T discussed how shocked he was when his band, Body Count, won a Grammy Award while appearing on "The Tonight Show Starring Jimmy Fallon."