March 25 (UPI) -- John Legend appeared on Jimmy Fallon's The Tonight Show: At Home Edition to give an update on his upcoming album and to perform his new song "Actions."

Legend first announced he was releasing a new album in 2020 while he held a concert on Instagram Live for fans amid the COVID-19 pandemic.

"The new album is coming. We're mixing it, we're getting our strings you know finished. I'm not sure how we're going to execute the string recording because I don't know how we can distance our way into an orchestral recording," the singer said on Tuesday.

"It's actually probably my sexiest album to date which could work if you're stuck at home and want to make some Corona babies," Legend continued.

The 41-year-old said he has already recorded all of his vocals for the project, which has no set release date.

Legend then performed "Actions" on a piano from his home. The musician played in front of his multiple Grammy awards and other trophies.

Fallon has been producing this new version of The Tonight Show from his home due to COVID-19. Nancy Juvonen, Fallon's wife, handles the filming and even answered questions from fans in this newest episode. 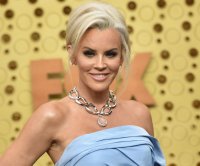 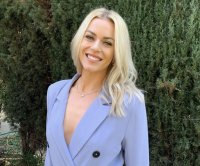