'Inside No. 9' renewed for 2 more seasons ahead of Season 5 finale 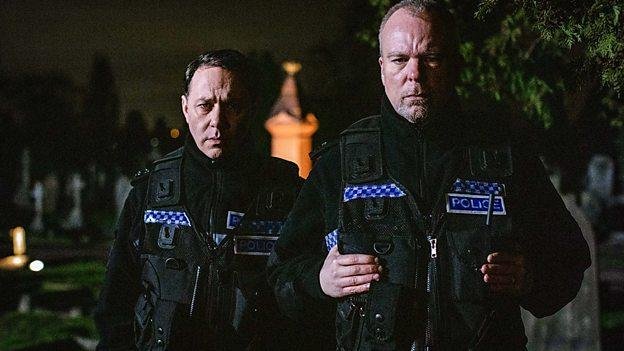 Reece Shearsmith and Steve Pemberton are returning for two more seasons of the anthology "Inside No. 9." Photo courtesy of the BBC

March 9 (UPI) -- The BBC has renewed its anthology series Inside No. 9 for two more seasons ahead of Monday's Season 5 finale.

Seasons 6 and 7 will each include six, half-hour episodes that change in tone and setting.

"Little did we know when we started Inside No. 9 in 2014 that we would end up with as many episodes of it as Countryfile," show creators Steve Pemberton and Reece Shearsmith said in a statement.

"We are delighted and exhausted in equal measure at the prospect of two more series-worth of tall tales and fearsome fables. However, we will endeavor to showcase the very best of what the BBC can do in every genre with 30 minutes of story-telling and some half-decent wigs."

Pemberton and Shearsmith also act in the show, alongside a rotating cast of guest stars.