Lesnar and his advocate Paul Heyman kicked off Raw on Monday with Heyman calling McIntyre a phony who unfairly eliminated The Beast during the Royal Rumble.

Heyman stated that Lesnar will squash McIntyre at WrestleMania 36 just as the No. 1 contender arrived to meet the champ face-to-face.

McIntyre stared down Lesnar who at first backed away slightly before charging head-on into his future opponent. McIntyre was ready, however, and took Lesnar down with a well-timed Claymore.

Lesnar, as he was walking back up the entrance ramp, received a second Claymore from McIntyre who then held up the WWE Championship in celebration. McIntyre finished things with a third Claymore, taking Lesnar down. WrestleMania 36 takes place on April 5.

Also on Raw, Hall of Famer and NXT announcer Beth Phoenix made a special appearance to give a medical update on her husband, fellow Hall of Famer Edge after Randy Orton brutally attacked him weeks ago. The attack happened after Edge returned at the Royal Rumble despite having to retire due to injury in 2011.

Phoenix, before she could make her announcement, was joined by Orton who said that he owed her an explanation. The Viper noted how much he loved Edge and how the legendary performer had saved him before from his own destructive behavior.

Orton said that he wanted to repay the favor so he took out Edge in order to stop him from pursuing a WWE career. That competing in the ring was too dangerous and could led to Edge not being able to spend time with his wife and two daughters.

Orton then referred to Edge as a junkie who was addicted to cheers from the audience so he cut him off. Orton kept getting more personal, saying that he loves Edge and his daughters more than Phoenix ever could.

Phoenix slapped Orton and later kicked him but Orton responded with an RKO which knocked her out.

Raw Tag Team Champions Seth Rollins and his disciple Murphy defended their titles against Montez Ford and Angelo Dawkins of The Street Profits in a rematch from Super ShowDown.

Rollins had placed his other disciples Akam and Rezar of AOP at the entrance ramp. Kevin Owens, as the referee was dealing with all of the outside interference, entered the ring from the back and delivered a Stunner to Rollins.

This allowed Ford to hit The Monday Night Messiah with a Ford Frog Splash from the top rope to win the match, making The Street Profits the new Raw Tag Team Champions.

Baszler, Sane's partner Asuka, Natalya, Riott, Morgan and Logan will be competing in an Elimination Chamber match at the Elimination Chamber pay-per-view on Sunday. The winner will get to challenge Raw Women's Champion Becky Lynch for her title at WrestleMania 36. 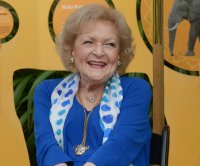 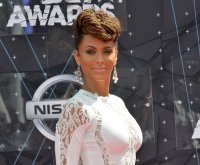 TV // 1 day ago
'All of Us Are Dead' trailer shows zombie outbreak at Korean high school
Jan. 14 (UPI) -- "All of Us Are Dead," a new Korean horror series based on the webtoon "Now at Our School," is coming to Netflix.

TV // 1 day ago
'Degrassi' revival in the works at HBO Max
Jan. 14 (UPI) -- Young-adult drama Degrassi is being revived once again -- this time at HBO Max.
Advertisement