She previously appeared on Season 18 of The Bachelor featuring Juan Pablo, Season 1 and 2 of Bachelor in Paradise and Bachelor Winter Games where she met Benoit Beausejour-Savard.

Crawley and Beausejour-Savard got engaged on the Bachelor Winter Games finale in February 2018 but the pair eventually broke things off.

"Honestly, for me, the most important thing is, I want a man that will take off his armor," Crawley said on GMA about what she is looking for.

"I want a man who is strong, willing to take off the body armor, open himself up and be vulnerable. I think that is some serious strength right there, but I want a man who can do that," she continued. 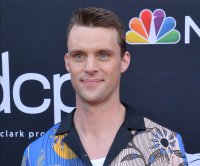