Jan. 7 (UPI) -- The Masked Dancer, a new series produced by Ellen DeGeneres, is coming to Fox.

The network said in a press release Tuesday that it is teaming with DeGeneres on the reality competition featuring celebrities in costume.

The Masked Dancer is inspired by The Masked Singer, which completed a second season on Fox in December. On the new series, celebrity contestants will perform dances in head-to-toe costumes as the audience tries to guess their identities.

"The Masked Dancer" started as a segment on The Ellen DeGeneres Show in January 2019. Howie Mandel, Sean Hayes, Derek Hough and The Masked Singer judge Ken Jeong competed on the show.

"We're still blown away by The Masked Singer's massive impact on pop culture, but when Ellen debuted her own inventive segment, 'The Masked Dancer,' on her show, we were truly amazed," Fox Entertainment president of alternative entertainment and specials Rob Wade said in a statement. "We are thrilled to partner with Ellen on this new format and take The Masked Dancer to a whole new creative level."

"This is gonna be just as fun and suspenseful as The Masked Singer, but with a lot more Kruming," DeGeneres said. "And I cannot wait!"

The Masked Singer, which originated as a South Korean game show, has iterations in countries around the world. The U.S. version features Jeong, Robin Thicke, Jenny McCarthy and Nicole Scherzinger as judges, and will premiere a third season Feb. 2 following Super Bowl LIV. 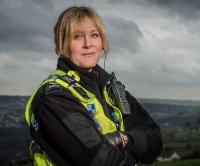