Your main event of the evening is #TheElite vs. #TheLuchaBrothers & @BASTARDPAC. Are The Elite still Elite? Or can The Lucha Bros & PAC stop that train? Watch #AEWDynamite NOW on @TNTDrama pic.twitter.com/358Lq39DqH— All Elite Wrestling (@AEWrestling) January 2, 2020

Jan. 2 (UPI) -- Kenny Omega and The Young Bucks of The Elite kicked off the first Dynamite of 2020 with a match against The Lucha Bros and Pac.

The Elite were looking for a victory in the main event of the night after suffering from a string of losses and set backs. The Young Bucks notably lost to AEW Tag Team Champions SCU in December and were then ambushed by The Dark Order.

The high-flying match featured plenty of acrobatic moves from both teams. The Young Bucks, consisting of Matt Jackson and Nick Jackson, were able to attack Rey Fenix and Pentagon Jr. of The Lucha Bros with double Canadian destroyers.

Omega was able to survive the Black Arrow from Pac due to help from The Young Bucks. Omega would then win the match after hitting the One-Winged Angel on Fenix for the three count.

The Elite celebrated in the ring and were later joined by fellow member Cody. The group asked for their partner Hangman Adam Page to join in on the fun but he refused.

Rose displayed her destructive power during the bout, aggressively attacking Riho before the match started and then later, put Shida through a table outside the ring.

Baker was on the verge of winning after she hit Shida with a Superkick and attempted to lock in her Lockjaw submission hold. Shida escaped, however, which allowed Riho to surprise Baker with a roll-up pin for the three count. Rose, afterwards, then put Riho through a table as well.

The No. 1 contender for Chris Jericho's AEW World Championship Jon Moxley was in action against Trent.

Trent fought hard against Moxley and took advantage of a distraction by his partner Orange Cassidy to hit Moxley with a Running Knee followed by a Piledriver. Moxley ended things by delivering a Paradigm Shift on the outside ramp and then dropped Trent on his head inside the ring before going for the three count.

"The truth is I've always considered Chris Jericho a friend and a mentor, and out of respect, I will give you my answer in person next week," Moxley said.

Other moments from Dynamite included Cody defeating Darby Allin with his new coach Arn Anderson by his side; Guevara defeating Dustin Rhodes; and MJF laying out his stipulations for Cody if The American Nightmare wants to face him in a match.

MJF said that he will only face Cody at the Revolution pay-per-view event on Feb. 29 and that his rival must not lay his hands on him before the match. The other two stipulations included Cody having to face his bodyguard Wardlow in a Steel Cage match and MJF is allowed to whip Cody ten times with a belt.

TV // 7 hours ago
Jessica Brown Findlay, Thomasin McKenzie to lead BBC's 'Life After Life' ensemble
April 22 (UPI) -- The BBC said filming is underway on its four-part drama based on Kate Atkinson's 2013 "what if" novel, "Life After Life." 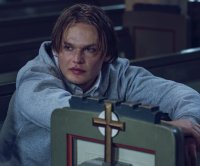 TV // 8 hours ago
'Ragnarok' Season 2 to debut on Netflix May 27
April 22 (UPI) -- Netflix has announced it will release Season 2 of its Norwegian-language, coming-of-age series, "Ragnarok," on May 27. 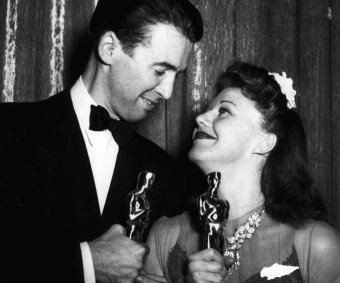