Dec. 30 (UPI) -- New Bachelor Peter Weber says that the upcoming season of the dating reality series is full of emotion and wasn't always an easy experience.

"There's going to be no shortage of emotion," Weber said in a new interview with People magazine released on Monday.

"The experience was beautiful, but it was hard too. I don't think I truly understood how difficult it would be to date that many women. But I wear my heart on my sleeve, and I'm never going to change," the 28-year-old continued.

Weber, also known as Pilot Pete, was announced as the next Bachelor in September after he previously appeared on Season 15 of The Bachelorette featuring Hannah Brown where he came in third place.

Weber famously spent a romantic night with Brown inside of a windmill.

Weber will be trying to find true love between 30 women who range from ages 22 to 31 when The Bachelor premieres on ABC on Jan. 6.

A trailer for the new season featured Brown surprising Weber and stating that there is still something between them. 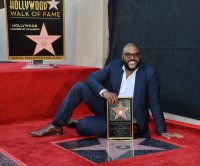