'The Witcher': Ciri searches for Geralt in final trailer

Dec. 12 (UPI) -- Netflix is giving a glimpse of its new fantasy series The Witcher.

The streaming service shared a final trailer for the show Thursday featuring Henry Cavill as Geralt of Rivia, Freya Allan as Princess Ciri and Anya Chalotra as Yennefer of Vengerberg.

The preview shows Ciri (Allan), the heir to Cintra, face danger as she searches for Geralt (Cavill), a solitary monster hunter. Geralt vows to protect Ciri amid a growing threat from the Nilfgaard empire.

"I will take the girl, protect her and bring her back unharmed," he says.

The Witcher is based on the Andrzej Sapowski book series of the same name, which was previously adapted as a series of video games. The show is created by Lauren Schmidt Hissrich and premieres Dec. 20.

Netflix introduced Geralt, Ciri and Yennefer in a series of in-depth videos Monday. Allan explained how Ciri begins as a sheltered princess and evolves after losing everyone she loves in the span of one night.

"There's something special about this girl," the actress said. "She's very loyal to the people that she loves. She's built a heart from it, but just hasn't had any experience in the real world."

Netflix previously released a trailer in October that shows Geralt flirting and fighting.

'The Witcher': Netflix introduces Geralt, Ciri, Yennefer in new videos 'The Witcher': Henry Cavill is Geralt in character poster Ryan Reynolds on baby No. 3: 'It's been incredible' Jamie-Lynn Sigler: James Gandolfini 'taught me to have a lot of confidence' 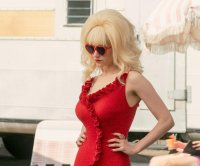 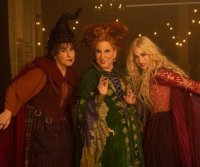 TV // 6 hours ago
'Hocus Pocus 2' set to arrive on Disney+ in September
May 17 (UPI) -- Disney announced the release date for "Hocus Pocus 2" during the studio's upfronts presentation Tuesday.

TV // 17 hours ago
'Echo': Disney+ starts production on Marvel series
May 17 (UPI) -- "Echo," a new series starring Alaqua Cox as the Marvel character Maya Lopez, is in the works at Disney+.