'Party of Five' stars assemble in trailer for Freeform reboot

Nov. 27 (UPI) -- Freeform is giving a glimpse of its Party of Five reboot.

The preview shows the four eldest Acosta children (Larracuente, Tosa, Guardado and Legaspi) and their baby brother, Rafa, part ways with their parents (Bruno Bichir and Fernanda Urrejola). The trailer is set to the Camila Cabello song "Something's Gotta Give."

"This trailer has got me emotional," Freeform tweeted.

Party of Five follows the Acosta children as they fend for themselves in the U.S. after their parents are deported to Mexico. Freeform released a sneak peek in September of the eldest children saying goodbye to their parents.

Party of Five is a reboot of the Fox series starring Matthew Fox, Scott Wolf, Neve Campbell and Lacey Chabert, which had a six-season run from 1994 to 2000. Amy Lippman and Chris Keyser, who created the original series, will write and executive produce the reboot.

"The big step that we want to take is that it's a new way of looking at what is a family? What happens to a family in crisis?" Keyser told SlashFilm in February. "Those are the questions we asked in the original." 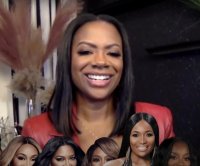