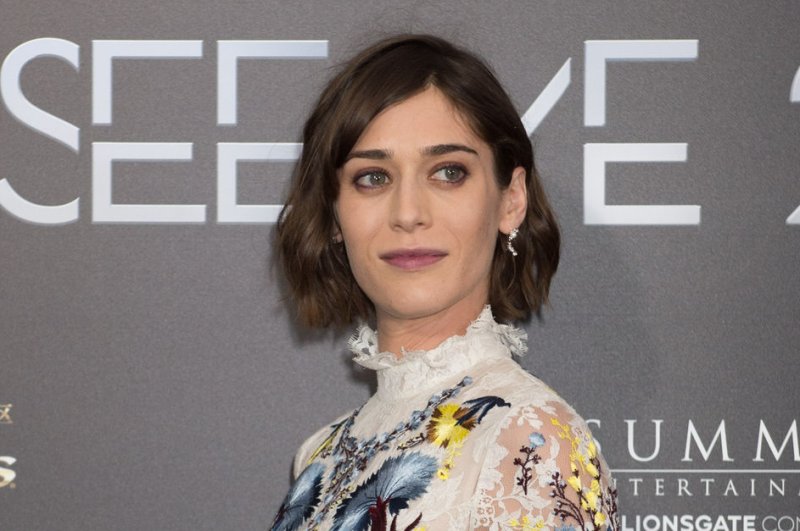 "I'm doing my own interpretation of a character that was seared into all of our brains by Kathy Bates," Caplan told UPI in a recent roundtable interview with reporters at New York Comic Con.

"I want this Annie to feel like she could, potentially, one day, become that Annie," she said. "She is medicating herself. I think it's safe to say Kathy Bates' Annie -- the Misery Annie -- is no longer doing that."

Set to premiere on Hulu Wednesday, Season 2 of the horror anthology Castle Rock is a Misery prequel with threads woven throughout from other King-inspired stories and movies like Stand By Me, The Shawshank Redemption and Salem's Lot.

The 10 episodes follow Caplan's character -- a nurse/serial killer -- and her daughter Joy (played by Eighth Grade alum Elsie Fisher) as they travel across the United States, staying one step ahead of the law and eventually settling down in a sinister Maine town where they run afoul of members of the local organized crime family (played by Tim Robbins and Paul Sparks.)

"What I personally love so much about that character is that she isn't just this evil woman. She's kind of fun and charming and strange and funny and childlike and warm and has a great bedside manner. She's many, many things. I actually think that's what makes her the scariest of villains," said Caplan, 37.

"Joy grew up with Annie and being a little babied by her and loved by her very deeply," Elsie said. "Castle Rock does something to people, for sure, but also Joy is going through puberty and she is a teenager and she is trying to discover who she is and I don't think Annie likes letting things go."

Annie's usually bad decisions lead her and her daughter to do terrible things.

"Her intentions are, on paper, kind of good. She wants to protect her daughter. It's just how she goes about doing that and what she perceives is a threat is not always what others might perceive as a threat," Caplan said.

"You have to do whatever your instincts tell you. Hopefully, you can walk away from bad situations and learn and love and grow from it," Elsie said about how her good-girl character keeps getting sucked into her mom's drama.

The actress said she knew what Joy's overall arc would be in the show before filming began, but some surprises occurred along the way.

"It was just figuring out each episode and taking it scene by scene," Elsie said.

Caplan described acting on a TV show as a "leap of faith" since she never knows in advance everything that will happen to her character.

"I do think about having the luxury of having all 10 scripts in front of you and how wonderful that would be," Caplan said.

"Then you could do more intentional stuff," Elsie chimed in.

"That happens somewhere between this and then," Caplan said of Annie's wedding. "I don't know who would marry her."

The parents who raised Annie will be seen in flashback scenes on the show, however.

"They are ground zero for what she becomes," Caplan teased.

"It seems really complicated to try to have an unreliable narrator/protagonist like Annie, who is struggling with what is real and what isn't on her best day, and then you put her in a situation where actually insane stuff happens that a person totally sound of mind would also be questioning their own sanity. There are so many layers to that," Caplan said.

The Cloverfield and The Class alum loves that horror is a genre in which filmmakers can "sneak in really current social commentary."

"You dress it up as something else, so you get your message through," Caplan said of the horror genre, naming Us, Get Out, Hereditary and The Babadook as some of her favorite smart, but scary, movies. "It's kind of the most exciting genre right now."

Anne Hathaway lost equilibrium with bipolar role for 'Modern Love' 'Jay and Silent Bob Reboot' is family affair for Jason Mewes, Harley Quinn Smith 'Batwoman' co-star Meagan Tandy: 'We are representing so many women out there'