"Scientology and the Aftermath" stars Leah Remini (R) and Mike Rinder. The series will be coming to an end with Season 3. File Photo by Gregg DeGuire/UPI | License Photo

Leah Remini arrives on the red carpet for the world premiere of "Second Act" on December 12. File Photo by John Angelillo/UPI | License Photo

Aug. 15 (UPI) -- Leah Remini's A&E documentary series, Scientology and the Aftermath, will be coming to an end with Season 3.

Remini and the network announced on Thursday that the Aug. 26 finale will be a two-hour special filmed in front of a live studio audience containing former members of the church.

The episode will feature testimonials about how Scientology policies have prevented members from reporting instances of sexual assault.

The Hollywood Reporter, citing sources, said that the sexual abuse accusations against actor and Scientologist Danny Masterson will also be discussed. Masterson was fired from his Netflix series The Ranch in 2017 when the allegations surfaced.

Remini launched Scientology and the Aftermath in 2016 after previously defecting from the religion. The program explores stories of abuse, misconduct and retribution within the organization. The King of Queens alum co-stars on the series with former high-ranking Scientology official Mike Rinder.

"Mike and I will always be grateful to A&E for giving us a platform to expose Scientology and give the victims a chance to be heard. Without the A&E' team's support The Aftermath wouldn't be what we intended. We recognized it was time to move on to the next chapter and help people in new ways," Remini said in a statement.

"We thank our viewers for caring in the way that you do. It means everything to us. There is not a day that goes by that we don't have people stop us with a 'thank you for doing what you guys are doing' and it's your support that gives us strength to carry on. And carry on, we will," she continued. 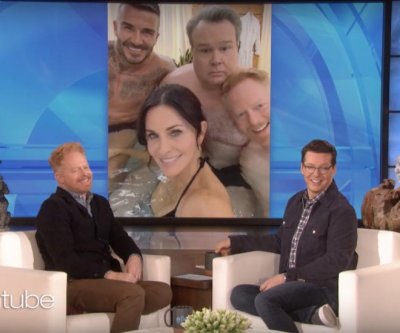