Showtime orders Season 3 of 'The Chi'

Writer-producer Lena Waithe's Chicago drama "The Chi" has been renewed for a third season on Showtime. File Photo by Jim Ruymen/UPI | License Photo

Cast member Common, the voice of Stonekeeper in the animated comedy "Smallfoot," attends the premiere of the film in Los Angeles last year. File Photo by Jim Ruymen/UPI | License Photo

May 1 (UPI) -- Showtime has renewed its Chicago drama The Chi for a third season.

Season 2 is airing on the cable network now.

The network describes the show "as a coming-of-age story centering on a group of residents who become linked by coincidence but bonded by the need for connection and redemption."

"The Chi revels in revealing the beating heart of the South Side of Chicago," Gary Levine, the network's president of entertainment, said in a statement Tuesday. "We, like our viewers, have fallen in love with these characters and we remain eager to see where Lena and her fellow artists will take them in Season 3." 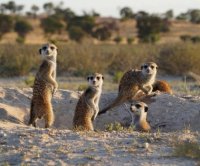