April 30 (UPI) -- The Netflix-based production company founded by former President Barack Obama and former first lady Michelle Obama on Tuesday announced a slate of new projects to be released over the next several years.

Higher Ground Productions plans to produce seven television series and movies, both scripted and documentary style. The company said the productions will appeal to adults and children alike.

The Obamas signed a deal with Netflix one year ago to produce new content for the streaming service.

"We created Higher Ground to harness the power of storytelling. That's why we couldn't be more excited about these projects," Barack Obama said. "Touching on issues of race and class, democracy and civil rights, and much more, we believe each of these productions won't just entertain, but will educate, connect and inspire us all."

-- American Factory, a documentary film about a Chinese billionaire who opens a factory in an old General Motors plant in Ohio.

-- Bloom, a post-World War II drama series in New York City that focuses on the difficulties faced by women and people of color.

-- A feature film adaptation of the book Frederick Douglass: Prophet of Freedom.

-- A series adaptation of The New York Times' Overlooked project, which features stories about the lives of remarkable people whose deaths were not reported by the newspaper throughout history.

-- Listen to Your Vegetables & Eat Your Parents, a series for preschoolers that explains where food comes from.

-- Fifth Risk, a non-fiction series about the work that goes into the government.

-- Crip Camp, a feature-length documentary about a summer camp for disabled teenagers.

"We think there's something here for everyone -- moms and dads, curious kids, and anyone simply looking for an engaging, uplifting watch at the end of a busy day," Michelle Obama said.

"The breadth of their initial slate across series, film, documentary and family programming shows their commitment to diverse creators and unique voices that will resonate with our members around the world," he said.

The Netflix announcement comes amid a global tour by Michelle Obama to promote her memoir, Becoming. The autobiography traces Obama's life from her Chicago childhood, emphasizing how events prepared her to be the United States' first lady, as well as stories about living in the White House and the problems she faced. 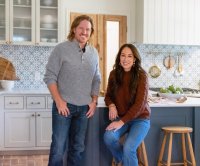 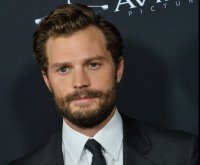 TV // 22 hours ago
Michael Che won't censor HBO Max show for kids
April 19 (UPI) -- HBO Max released a teaser for "That Damn Michael Che" on Monday. In the teaser, Che jokes about letting kids see everything he presents on the show.