David Harbour was nearly run over by bull while filming 'Hellboy' 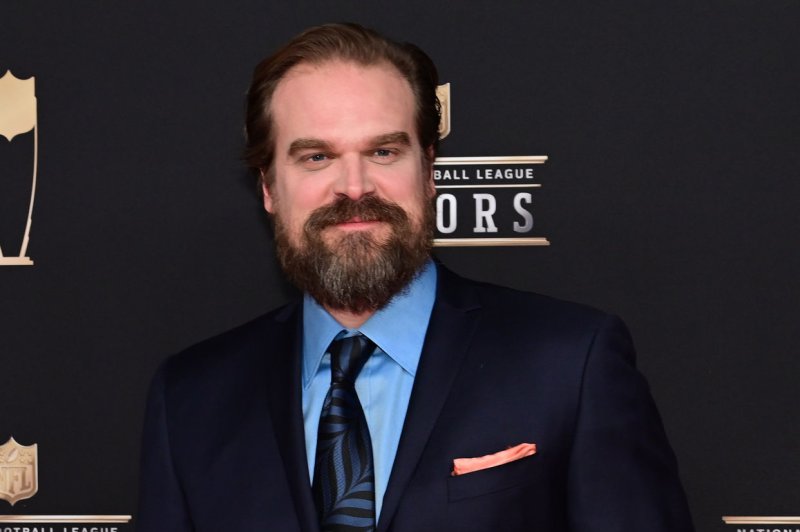 David Harbour discussed how he married a couple as his character from "Stranger Things" and his new film "Hellboy" on "Jimmy Kimmel Live." File Photo by David Tulis/UPI | License Photo

March 27 (UPI) -- David Harbour said during an appearance on Jimmy Kimmel Live he was almost attacked by a wild bull during production on his latest film, Hellboy.

Harbour explained on Tuesday that he comic book epic was being filmed overseas in Bulgaria and during a scene on a bridge, he encountered a large bull that started to run directly towards him.

"I swear to god I saw in its eyes like 'You shave your horns pal?'" the actor joked about the bull's reaction to his Hellboy costume and makeup, which includes shaved off horns.

Harbour also joked about how his red makeup probably wasn't helping the situation.

"I was in red and going like I'm going to die in a Hellboy costume in the middle of Bulgaria," the 43-year-old said.

The actor got our of harm's way by following a team of stuntmen into a tent.

Hellboy, which also stars Ian McShane as the title character's mentor Professor Bruttenholm and Milla Jovovich as the villainous Nimue the Blood Queen, is set to arrive in theaters on April 12.

Harbour will be reprising his role as Police Chief Hopper in Netflix's Stranger Things when the supernatural thriller returns for Season 3 on July 4.

Harbour told Kimmel he was able to successfully officiate a wedding for a couple while dressed in character as Hopper.

TV // 1 day ago
Cast, creators call 'The Ark' an optimistic space odyssey
NEW YORK, Feb. 1 (UPI) -- The stars and writers of "The Ark" say now seems to be a good time to tell a hopeful story about unlikely heroes rising to the occasion to save their community and possibly mankind.

TV // 1 day ago
'FBI' crossover with 'International,' 'Most Wanted' coming in April
Jan. 31 (UPI) -- "FBI" and its spinoffs "FBI: International" and "FBI: Most Wanted" will have a crossover event on CBS in April.
Advertisement