Actor Ian McShane arrives at a photocall for "Pirates of the Caribbean: on Stranger Tides" during the 64th annual Cannes International Film Festival in France on May 14, 2011. File Photo by David Silpa/UPI | License Photo

"One of the things I love about our show is that it is the epitome of 'WTF-TV,' and we will never disappoint in that," added Yetide Badaki, who plays the ancient love goddess, Bilquis.

Based on Neil Gaiman's 2001 novel, the show employs special effects and animation to create dreamlike sequences, and vivid images of sex and violence.

The story follows Shadow Moon (Ricky Whittle,) a man released from prison in contemporary America shortly after his suicidal, philandering wife Laura (Emily Browning) is killed in a car crash, along with his best friend, Robbie (Dane Cook).

Mr. Wednesday (Ian McShane), who eventually is revealed to be the old god of wisdom, Odin, hires Shadow as a bodyguard. Together, they work to unite other supernatural figures from ancient mythology, who, like Wednesday, feel existentially threatened by the personifications of things people value today such as technology, globalization and media.

Langley said Season 2 will explore, in part, the "inner workings of the power dynamic of the new gods."

"It pushes a little bit into the loneliness that one can find in being worshiped because to be worshiped, you are, essentially, ostensibly isolated from everyone because they are putting you on this pedestal," he said.

Badaki's character, Bilquis, memorably consumed her lovers in Season 1, showing what the goddess had to do to just to survive.

"We're starting to see more of her getting to thrive" in Season 2, she said.

Crispin Glover -- who plays Mr. World, the new god of globalization -- said he didn't think his character should noticeably develop from one season to the next.

"If there's too much known about my character, it demystifies it, and part of the tension is the mystery," Glover said.

"Of course, I'm glad to be working and all of that, but there is part of me that also feels like I should barely be seen," he laughed.

Most of what the audience learns about Laura in Season 1 unwinds in flashback scenes until she magically returns from the dead with extraordinary strength, a decomposing body and relentless determination to get back to Shadow.

Last season, Laura reluctantly teamed up with Wednesday's henchman, Mad Sweeney, a tall leprechaun (Pablo Schreiber) trying to recover the enchanted coin he lost -- which is what reanimated Laura after Shadow dropped it on her grave.

The Season 1 finale showed Laura discover Wednesday was responsible for Shadow's imprisonment and Laura's death. Laura then reconnects with Shadow, while Sweeney joins Wednesday's battle with the new gods.

Browning wouldn't give too much away about Laura and Sweeney's relationship in Season 2.

"It definitely evolves," she said. "They both sort of realize that they are useful to each other to some degree."

Added Schreiber: "You'll get us. We're there, and now the relationship grows and continues to find new and terrible places to go to."

Demore Barnes plays the Egyptian god of writing, Toth, also known as Mr. Ibis, proprietor of the mortuary in which the undead Laura goes to make herself presentable.

"The funeral parlor will actually be a central hub," Barnes said. "We're also going to see in Season 2 a lot more cross-pollination. We'll be seeing characters interacting for the first time."

Shakeup in the writers' room

Season 1 showrunners Bryan Fuller and Michael Green departed the series after penning about half of the episodes for Season 2.

Several subsequent shake-ups in the writers' room meant the cast protected characters by advising the new scribes about what these fictional people should say and do.

Browning called the process of shaping the show's scripts with the new writers "very collaborative."

"There was a constant dialogue," she said. "It's tricky sometimes, as an actor, when you have a bunch of energy to focus on the acting portion of it and then part of your energy is also going toward trying to set up the framework for what's on the page."

Schreiber said he hadn't seen the finished episodes, but was confident they would be good television.

"The most difficult processes often yield the best products. The ones that are easy and you're like, 'Oh, that's going to be great,' often tend to be the most boring," he said.

Jones is 'shipping' the Jinn and Salim

Orlando Jones, who plays the old trickster god, Anansi, said he is most excited to see what's next for mythical fire being the Jinn (Mousa Kraish) and human Salim (Omid Abtahi), who had an unforgettable one-night stand in Season 1.

"These were my favorite characters last year. My 'ship' (couple) name is 'Sinn' -- Salim and Jinn," Jones said.

He added he is fascinated by how the Jinn serves a god, but isn't one himself, and Salim, the only human character other than Shadow, is "madly in love" with the Jinn and "wants to follow him to the ends of the Earth."

"An audience can watch it and go, 'I connect to those two characters because they are the realest thing on this show of evil [expletive] people,'" Kraish said.

"What's so magical to me about that is that they are the Muslim characters. They are the ones that have the greatest hope about America, who are being attacked in a very particular way right now, yet still exude such joy, such love, such hope toward the future," Jones said.

Fans of the show are drawn to Shadow's sense of optimism and his ability to keep moving forward, regardless of how bad his circumstances are, Whittle said.

"They see that inner strength that he has and that light that he carries within him," he said.

"You want to inspire audiences to better themselves, become better versions of themselves to enjoy their own lives and see it could be worse -- you could be strung up in a tree by several, faceless goons and a crazy, vape-smoking teenager."

Despite all of the obstacles between them, Shadow doesn't want to give up on Laura -- or anything else -- just yet.

"He wants answers. He wants to talk things out," Whittle said. "He wants to find out what's going on with Wednesday and all of these gods."

The actor said the chance to work with people he grew up admiring, such as Gaiman, McShane and Jones, drew him to the show.

"My Grandma -- God bless her soul -- she would have lost her mind. If she had known I was working with Ian McShane? Oh, my goodness! She loved him way more than me," he joked. 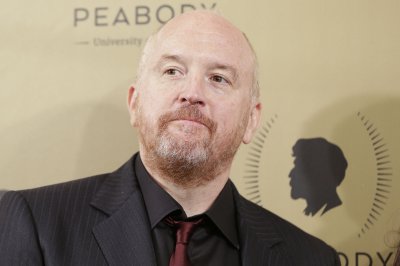