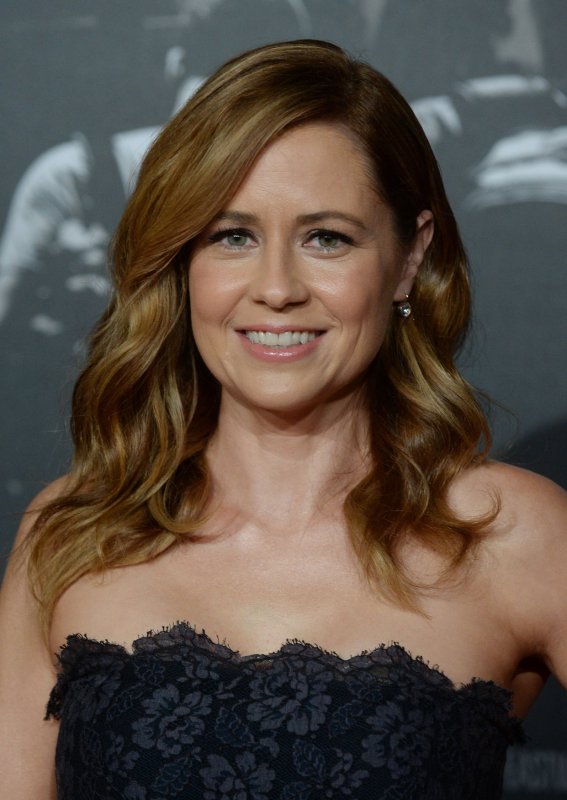 Host Busy Philipps had Fischer open presents sent in from her Office co-stars on Tuesday in celebration of her 45th birthday taking place next week.

Fischer received raisin crisps from Ellie Kemper, a t-shirt featuring a loaf of bread from Angela Kinsey and a banjo from Ed Helms.

Fischer's last present was inside of a giant cardboard box that contained Carell. The comedian popped out of the box and surprised Fischer who screamed.

"I wasn't expecting a human being to be in a box and then on top of that I was not expecting that human to be Steve," Fischer said afterwards.

Carell joked about how long he had to wait in the box, but that he enjoyed the conversation Fischer and Philipps had.

Fischer and Carell were last seen together on Saturday Night Live in November when the actress teamed up with Helms and Kemper to crash Carell's opening monologue.