The 65-year-old television personality confirmed the news during an emotional moment with co-host Hoda Kotb on Tuesday's episode of the NBC morning program.

"It's bittersweet, as these things always are. But I've been here almost 11 years," she said. "When it's our 11th anniversary I'm going to be leaving the Today show."

Gifford and Kotb teared up as they discussed their friendship and Gifford's impending departure.

"I've been in this business 120 years and I've never worked with a more beautiful group of people," Gifford said before thanking Kotb. "You're just so special, Hoda. Thank you so much."

"The moment you stepped into my life with both feet, everything changed," Kotb tearfully responded. "Everything good in my life has happened since you came."

"It’s bittersweet, as these things always are…”@kathielgifford announces she will be leaving TODAY on her 11th anniversary in April 2019. pic.twitter.com/YsHIq6c9ev

Gifford and Kotb have co-hosted the fourth hour of Today since 2008. NBC News chief Noah Oppenheim said in a memo Tuesday that Gifford is leaving Today to focus on other projects.

"As we all know, Kathie Lee's plate has been overflowing lately with film, music and book projects, and after giving us eleven extraordinary years, she's decided to focus her attention full-time on those other creative endeavors," Oppenheim wrote, according to Deadline.

"When we first launched this incredible hour, no one could have predicted the lightning (or rather, wine) in a bottle that is Hoda & Kathie Lee," he said. "Whether in studio or on one of their many road trips, they have delighted our audience with their distinct brand of fun, friendship and adventure. During that time, Kathie Lee has cemented her status as one of the most enduring and endearing talents in morning television. In short -- she is a legend."

Kotb, who also co-anchors the first two hours of Today, will continue to host the show's fourth hour following Gifford's exit. Oppenheim said NBC will share more plans about the fourth hour in the future.

TV // 2 hours ago
Andy Cohen on recovering from COVID-19: 'Take it one day at a time'
April 7 (UPI) -- Andy Cohen discussed his recovery from COVID-19 while appearing on "The Tonight Show." 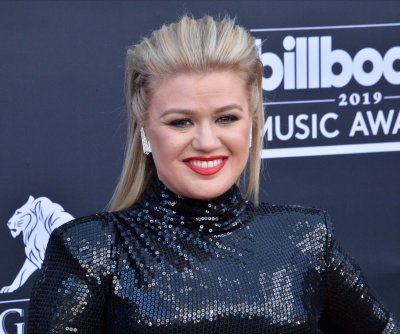 TV // 13 hours ago
Kelly Clarkson taping talk show from Montana home
April 6 (UPI) -- One new episode of "The Kelly Clarkson Show" will be taped each week in Montana through the spring, NBCUniversal said Monday.

TV // 14 hours ago
James Taylor named 'Mega Mentor' for Season 18 of 'The Voice'
April 6 (UPI) -- Singer-songwriter James Taylor has signed on to serve as the "Mega Mentor" on Season 18 of the musical competition series "The Voice," NBC said Monday.

TV // 15 hours ago
Colbert, Fallon, Kimmel to host 'Together at Home' concert
April 6 (UPI) -- A 2-hour concert event called "One World: Together at Home" is set to air across NBC, ABC, CBS and other global networks and platforms on April 18.