Hilary Duff: 'There's been some conversations' about reviving 'Lizzie McGuire'

Hilary Duff arrives on the red carpet of The Weinstein Company and Netflix Golden Globes after party in Beverly Hills on January 11, 2015. File Photo by David Silpa/UPI | License Photo

Dec. 9 (UPI) -- Hilary Duff said her sitcom Lizzie McGuire, which initially aired 2001-04, could be one of the next shows to get a revival.

"There's been some conversations," Duff told Entertainment Tonight. "It's definitely not a go. I don't want to get everyone wild talking about it."

Duff, who can now be seen in the comedy Younger, said she loves the character of Lizzie and would enjoy playing her again, this time as an adult.

"I think she was so important to girls at an important time in their life. If she could be important to them again at this age, I think that would be amazing," she said.

Bringing back long canceled shows has been a recent trend in streaming and broadcast television, with Roseanne, Will & Grace, Murphy Brown, Gilmore Girls and Full House all getting fresh episodes years after they went off the air. Last week, media reports said New York Undercover is also set for a reboot.

Duff, 31, gave birth in October to her second child, a daughter she and her boyfriend Matthew Koma named Banks Violet Bair.

She also has a 6-year-old son named Luca with her ex-husband, Mike Comrie.

TV // 13 hours ago
Ariana Grande takes her coach's chair in 'The Voice' Season 21 teaser
July 28 (UPI) -- Ariana Grande will serve as a coach alongside Kelly Clarkson, John Legend and Blake Shelton in "The Voice" Season 21.

TV // 15 hours ago
'Arthur': PBS Kids series to end after Season 25
July 28 (UPI) -- "Arthur," an animated children's series based on the Marc Brown book series, will conclude with a final season premiering in 2022. 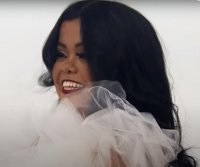 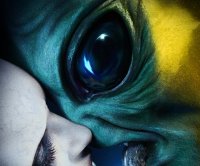