Nov. 8 (UPI) -- Netflix announced on Thursday a commitment to developing content from Asia, including two new anime series based on Altered Carbon and Pacific Rim.

Altered Carbon, based on the live-action Netflix series of the same name starring Joel Kinnaman, will explore a new story set in the show's sci-fi world.

Animation studio Anima is helming the project with a script by Dai Sato (Cowboy Bebop, Samurai Champloo) and Tsukasa Kondo.

Pacific Rim, best known as a live-action film series from Legendary Entertainment, will expand the story of the first two films about the battle between the monstrous Kaiju and the robotic Jaegers that humans pilot.

The anime will feature a brother and sister piloting an abandoned Jaeger across a hostile land in search of their missing parents.

Netflix also announced other new anime series' such as Cagaster of an Insect Cage about a mysterious disease that turns people into giant insects; Yasuke, which takes place in war-torn feudal Japan filled with mechs and magic; and Trese which follows mythical creatures of Philippine folklore and how they live amongst humans in hiding.

Netflix additionally outlined plans for Thai language original programs such as The Stranded about a group of high school students who must rescue themselves from a remote island after surviving a tsunami; and Shimmers, about five teenagers who find themselves haunted by the ghosts of their past.

A Chinese language original series titled Triad Princess, will follow the daughter of a Triad father and how she becomes an undercover bodyguard for a famous actress.

"Asia is home to the world's great creative centers producing some of the most compelling films and series of today," chief content officer for Netflix Ted Sarandos said in a statement. "The beauty of Netflix is that we can take never-seen before stories from South Korea, Thailand, Japan, India, Taiwan or elsewhere, and easily connect them to people all over Asia and the world."

"More than half of Asian content hours viewed on Netflix this year are viewed outside the region, so we have confidence that our upcoming slate of Asian productions will find fans in their home countries and abroad," he continued.

TV // 13 hours ago
Halsey performs Google translated songs on 'Tonight Show'
Jan. 23 (UPI) -- Halsey teamed up with Jimmy Fallon to perform popular songs that had their lyrics changed through Google translate on "The Tonight Show."

TV // 14 hours ago
Colin Farrell says 'The Batman' script is 'beautiful, dark'
Jan. 23 (UPI) -- Colin Farrell discussed on "Jimmy Kimmel Live" his role as The Penguin in "The Batman" and how much he enjoyed the script for the upcoming superhero movie. 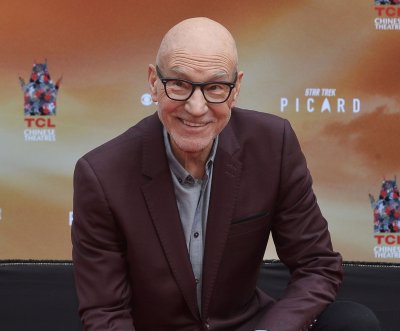