Kevin James arrives on the red carpet at the 2016 CBS Upfront at Oak Room on May 18, 2016 in New York City. File Photo by John Angelillo/UPI | License Photo

Actress Erinn Hayes attends the premiere of "How to Be a Latin Lover" in Los Angeles. File Photo by Jim Ruymen/UPI | License Photo

"These are two genuinely inventive pieces of material from terrific creative teams whom we've had great experiences with," David Madden, president of programming for AMC, SundanceTV and AMC Studios, said Friday in a statement touting the cable network's script to series program.

He added: "We like writers' rooms. We like the opportunity to write multiple scripts, to explore the dynamics of how a season will work, to really figure out who the characters are and how their behavior guides story. We're very much looking forward to opening these rooms and seeing what these talented creators produce."

Creator Valerie Armstrong, who has worked on Lodge 49 and SEAL Team, is the brain behind Kevin Can F*** Himself, a show that "explores the secret life of a woman we all grew up watching: the sitcom wife," a press release said.

"A beauty paired with a less attractive, dismissive, caveman-like husband who gets to be a jerk because she's a nag and he's 'funny.' Our series looks to break television convention and ask what does the world look like through her eyes?"

Rashida Jones and Will McCormack are among the producers on Kevin Can F*** Himself.

"This is such a weird little pilot. Thank you @iamrashidajones, Will, and @AMC_TV for thinking it might even be a weird little show," Armstrong tweeted.

A family sitcom named Kevin Can Wait, starring Kevin James, was canceled in May after two seasons.

Leah Remini and James previously starred together in the sitcom The King of Queens for nine seasons from 1998 to 2007.

Remini guest starred in Season 1 of Kevin Can Wait and was promoted to full-time cast member in Season 2 after they killed off the character of James' wife Donna, who was played by Erinn Hayes.

Hayes retweeted a link to a story about Kevin Can F*** Himself, with the message, "omg," followed by three crying smiley face emojis. 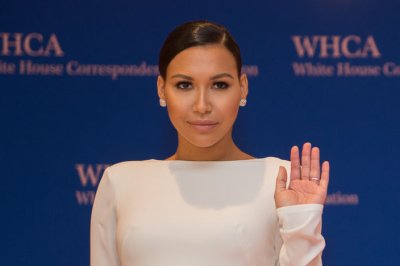