Oct. 11 (UPI) -- Stan Against Evil and You're the Worst star Janet Varney said social media is having an impact on comedians, but that is not necessarily a bad thing.

"At my most optimistic, I just keep trying to tell myself that we're having growing pains," the 42-year-old actress recently told UPI at New York Comic Con.

She added: "It's not going to be pretty. It's not always going to feel great. There are times at which I've been forced to face the idea of, like, 'Is this person a sacrificial lamb for a greater good in some way?' I think that's the kind of question that you don't know the answer to until you are right in front of it."

Without naming names, Varney noted some comedians are good people who unintentionally ignite online outrage trying to be funny, but learn lessons from those reactions and eventually move past the firestorms.

Others, however, indefensibly go too far and are unable to recover in their careers.

"It is also weirdly personal because when you are in the comedy world, then you know a lot of people. It's hard," she said.

"But I also don't want to be the person who's not understanding that progress makes certain things not funny any more because that is true. I get it, 75-year-old comedian. I totally get that that joke was OK 50 years ago. I do! But, also, it's not anymore and that doesn't mean censorship."

Season 3 of Stan Against Evil is to premiere on IFC on Oct. 31. The show stars John C. McGinley as grouchy, retired New Hampshire police sheriff Stan Miller and Varney as Evie Barrett, his perky replacement. Together, they team up to rid their cursed town of Willard's Mill of the various demons and monsters that wreak havoc there.

TV // 7 hours ago
Alyssa Milano says Tony Danza will take care of her kids in new 'Who's the Boss?'
Oct. 27 (UPI) -- Alyssa Milano discussed the in-development reboot of "Who's the Boss?" and what fans can expect to see on the series while appearing on "The Drew Barrymore Show" on Wednesday. 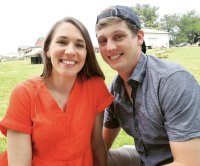 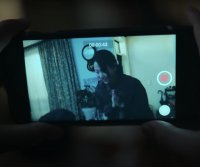