Netflix made the announcement Monday on Twitter alongside a video of the cast saying the number three from throughout the program's first two seasons.

"Did you think we'd GLOW to Vegas without you? Let's do this #GLOWS3," the streaming service said in reference to how Season 2, which arrived in June, ended with the cast moving their professional wrestling program to Las Vegas.

Maron, along with other cast members, also commented on the Season 3 renewal on social media. "So, @GlowNetflix is coming back for round 3! Dig it. #vegas," Maron, who portrays director Sam Sylvia, said on Twitter.

So, @GlowNetflix is coming back for round 3! Dig it. #vegas

Chris Lowell, who stars as producer and announcer Bash Howard, posted on Instagram a photo of himself holding hands with Kate Nash who stars as Rhonda 'Britannica' Richardson. Lowell and Nash's characters were last seen at the end of Season 2 getting engaged.

Executive-produced by Weeds and Orange is the New Black creator Jenji Kohan, GLOW is inspired by the Gorgeous Ladies of Wrestling -- a real-life female wrestling league and television show from the 1980s.

GLOW received a number of Emmy nominations in July including for Best Comedy and for Best Supporting Actress in a Comedy for Gilpin.

TV // 3 hours ago
Alison Brie on 'She-Hulk' casting call: 'I find it interesting'
Feb. 28 (UPI) -- Alison Brie discussed on "The Late Late Show with James Corden" how Marvel is looking for an Alison Brie-type actress to portray She-Hulk.

TV // 16 hours ago
Tony Hale to star in Hulu's 'Mysterious Benedict Society'
Feb. 27 (UPI) -- Emmy-winning actor Tony Hale has signed on to play a kindly genius and his evil twin brother in a new Hulu series. 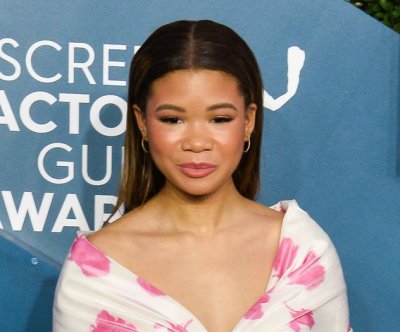