'Younger' renewed ahead of Season 5 premiere

June 5 (UPI) -- Popular comedy-drama Younger has been renewed ahead of its Season 5 premiere.

TV Land announced at a premiere party Monday in New York that it picked up the series, starring Sutton Foster and Hilary Duff, for a sixth season, according to The Hollywood Reporter.

"We are honored to continue to work with the brilliant Darren Star and this amazing cast, led by the multitalented Sutton Foster," he added. "The new season is outstanding and we are thrilled for what's to come for these beloved characters."

"SEASON 5 PREMIERES TOMORROW AND WE'VE OFFICIALLY BEEN PICKED UP FOR SEASON 6! #YoungerTV," the post reads.

SEASON 5 PREMIERES TOMORROW AND WE’VE OFFICIALLY BEEN PICKED UP FOR SEASON 6! #YoungerTV pic.twitter.com/Lb8HPEnDm9 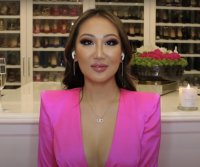